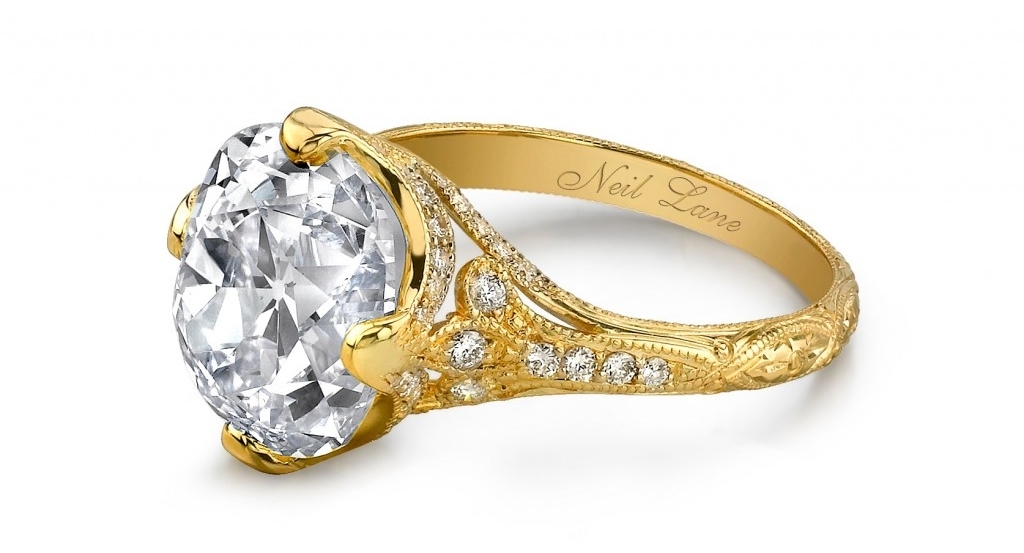 Not every woman is completely enamored with the icy look of bright white, modern brilliant-cut diamonds. Antique diamonds bring with them a different feel and aesthetic, along with a sense of romance and history.

Diamond cutting and the 19th century

Although diamond cutting dates back to ancient Rome, the 19th century saw diamonds’ popularity take off—and so did advances in cutting techniques. Most antique diamonds on the market today are from this period.

In the early 19th century all antique diamonds were cut by hand. Old mine cut diamonds, most of which were cut focused on symmetry, had a square or rectangular shape to retain size. Old European cuts, which date back to the 1830s, took advantage of new machinery for cutting, and are typically round with a small table and a deeper-than-modern cut.

Antique cushions are from the same period as old European cuts, but have a rectangular shape. The depth on an antique cushion helps reflect light back, giving an open, airy feel. 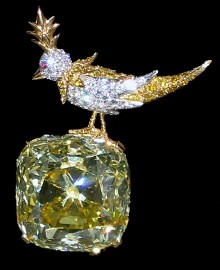 Click to enlarge
The Tiffany Yellow Diamond, one of the largest diamonds ever found. It was discovered in 1878 and cut into a cushion shape with 90 facets—32 more than a traditional round brilliant—to maximize its brilliance.

The 128-carat Tiffany Yellow Diamond comes from this era. The diamond was cut in Paris in 1878 under the supervision of Tiffany & Co.’s gemologist of the time, Dr. George Frederick Kunz. Of the diamond, Kunz said, “The stone is wonderfully brilliant and rich in color, and as faultless as any large stone of that kind has ever been.”

Tiffany & Co. keeps this diamond up to date by resetting it occasionally, most recently in 2012 to celebrate the company’s 175th anniversary. “The diamond is the most important gemstone in the world and honors the vision of our founder, whose acquisition of the stone established Tiffany’s diamond heritage,” said Jon King, executive vice president of Tiffany & Co.

Modern round brilliant diamonds became important starting in the 1920s, and became the standard for diamonds with their shallower pavilions and smaller facets. 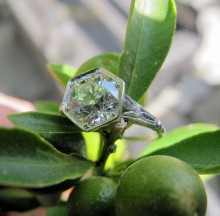 Unlike a round brilliant diamond, which can mostly be judged by some number-crunching, each antique diamond must be evaluated on its individual merits. “Its most important to know that antique diamonds need to be judged using one’s eyes—each one is different and each one has a personality all its own,” says Grace Lavarro, co-owner of a boutique antique diamond company that helps match people with their ideal diamond. “People almost always know when they see ‘The One.’ They are impossible to judge based on paper alone.”

Most antique diamonds appear smaller than an equivalent modern brilliant diamond because of their depth. They also tend to have lower average clarity and color than a high-quality modern diamond. High-quality antique diamonds are often in the M to K color range. This doesn’t mean they’re any less beautiful. An antique diamond often reflects more colors and appears warmer than an almost-colorless diamond, which many people find attractive.

In 2012, The Hunger Games star Liam Hemsworth proposed to singer Miley Cyrus with a 3.5-carat antique diamond, set in a custom-designed Art Deco-style setting by Neil Lane. (The jury is currently out on whether she continues to wear it or not.)

“It was hand-cut around 1880 or 1890 and it’s unique and in its original form,” Lane says. “At that time, no two diamonds were alike, as they were all hand-cut, so it’s fascinating to look at because it hasn’t been re-cut to look contemporary over the years. I find that really romantic.”

With engagement rings or gifts, romance is always a big part of the equation. As Lavarro says, “They like the idea that the diamond has been loved for many generations prior, and has survived many love stories in its lifetime.”