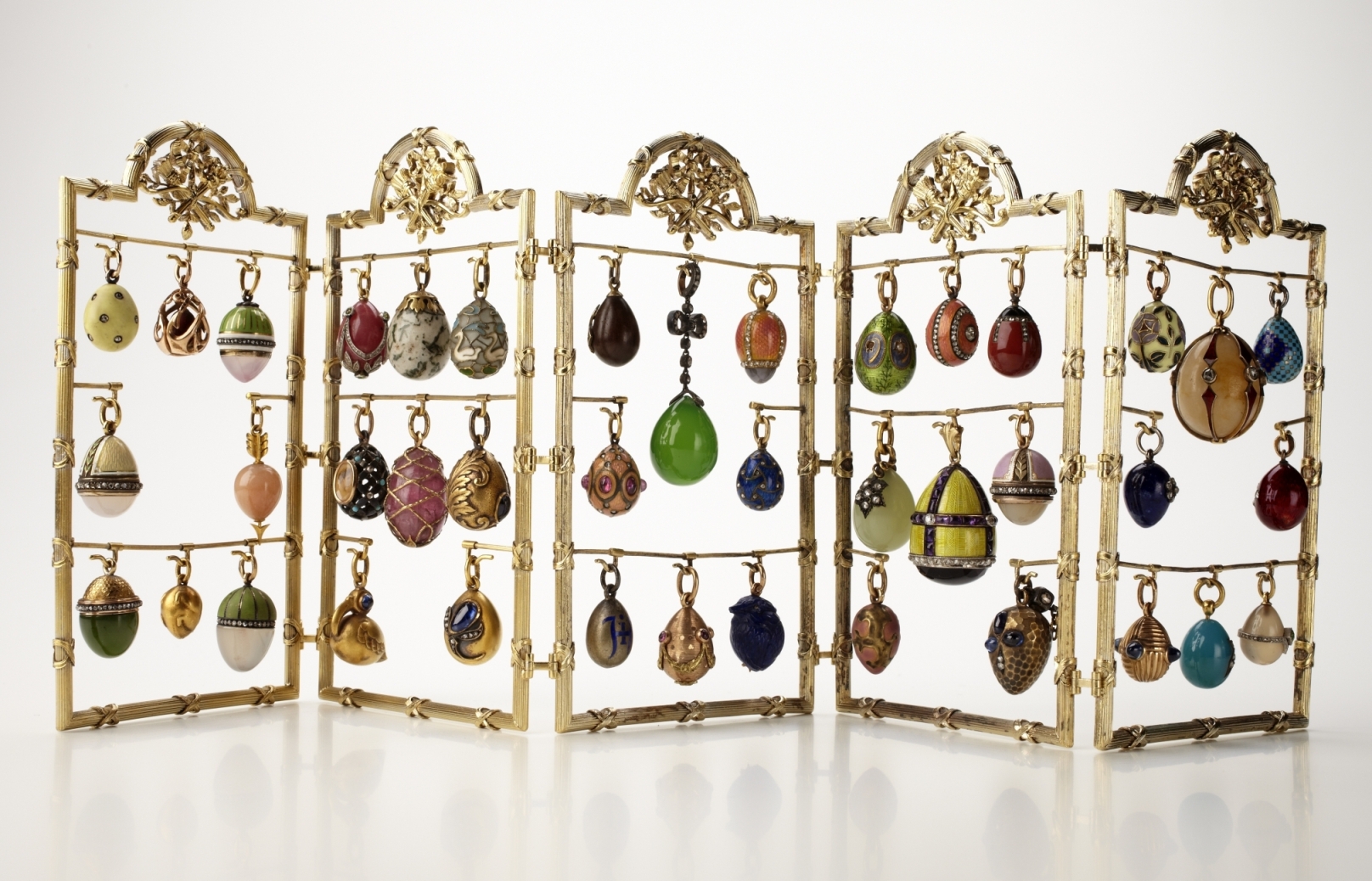 Dainty egg pendants made of a myriad of luxe materials hang from a golden display in “Fabergé – Gifts from the House of Romanov.” Photos © Hessische Hausstiftung. 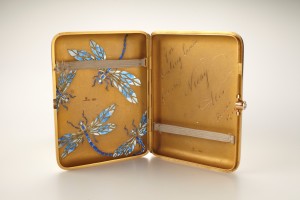 A gift from Tsar Nicholas II and his wife to her brother, this dragonfly-emblazoned cigarette case is engraved with the words, “For darling Ernie, from Nicky + Alix.”

Tsar Alexander III and Tsar Nicholas II were known for regaling their wives with lavish Fabergé eggs in the late nineteenth and early twentieth centuries. But their spouses weren’t the only lucky family members to receive an objet d’art from Peter Carl Fabergé’s workshop. An exhibit that runs through Oct. 16, “Fabergé – Gifts from the House of Romanov,” explores the spectacular cigarette cases, canes, watches, jewels, picture frames, and more that the Russian royals exchanged with German relatives. Held at Museum Schloss Fasanerie in Eichenzell, Germany, the display revolves around the correspondences and souvenirs of the five children of Grand Duke Ludwig IV of Hesse and by the Rhine. Daughters Elisabeth and Alix married Grand Duke Sergei Alexandrovich (one of Tsar Alexander III’s sons) and Tsar Nicholas II, respectively, moving to Russia but keeping in close contact with their siblings Victoria, Irène, and Ernst. Over the course of the years, the ladies shared their love of Fabergé pieces with the trio — and the spoils of these lasting connections are on view through October 16. 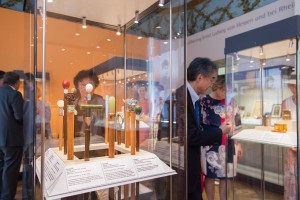 Elaborate Fabergé canes topped with nephrite, bowenite, and more offer a glimpse of the perks of being related to the Romanovs before the dynasty’s downfall.