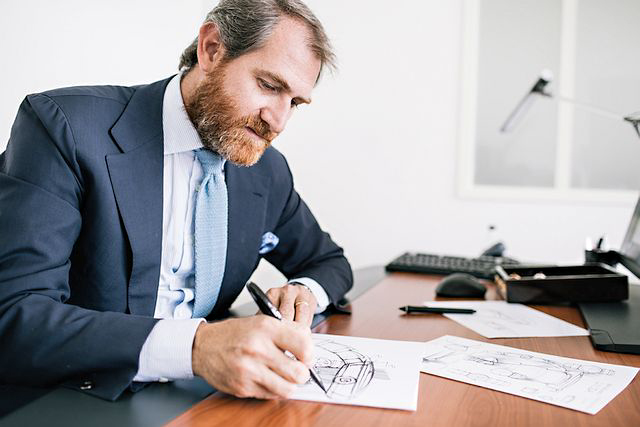 When it comes to watches, Bulgari is known less for its iconic designs than for its horological prowess. But with Fabrizio Buonamassa Stigliani having his way, all that is changing.

“Richard Burton introduced me to beer, I introduced him to Bulgari,” said Elizabeth Taylor of her fifth and sixth husband, alluding to some of her favourite jewels—vibrant, colorful and glamorous, and inspired by classical Greek and Roman art.

And who can blame her? For centuries, the Italians have brought their inimitable style to the worlds of fashion and architecture as well as to some of the world’s most unexpected places, from Judy’s ruby slippers in the Wizard of Oz (Ferragamo) and to the moon (Pucci became the first designer on the moon when the Apollo 15 crew brought a Pucci-designed flag along for the ride). 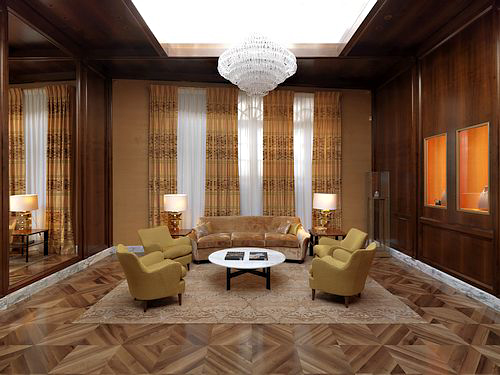 Interior of the salon above the Bulgari boutique on Bond Street.

From transportation to watches

When I was invited for tea at Bulgari’s Bond Street boutique to meet the maker of the world’s thinnest minute repeater watch, I was unaware that Bulgari is even its maker. What proved to be almost as surprising is the fact that Fabrizio Buonamassa Stigliani, the director of Bulgari’s watch design centre, has spent much of his career designing cars and trains at Fiat. Stigliani was originally hired by Fiat’s design director in 1998 while still working on his graduation thesis at the Institute for Industrial Arts in Rome.

In fact, Bulgari’s high watchmaking credentials have largely been established in the last 11 years. In the 1920s, Bulgari made ladies watches using inner workings supplied by Audemars Piguet, Movado, Jaeger leCoultre, and occasionally Vacheron Constantin, who also provided hands for the dials. Between 2005 and 2007, Bulgari acquired Swiss bracelet and case factories in St Saignelegier and a dial factory in Neuchatel. By 2013, Bulgari had created the workings for its first very own watch movement, the BUL191—the ultimate stamp of pride for any watchmaking company being the ability to produce the entire inner workings of a watch in-house. The Diagono Scuba launched at BaselWorld earlier this year contains this in-house movement. 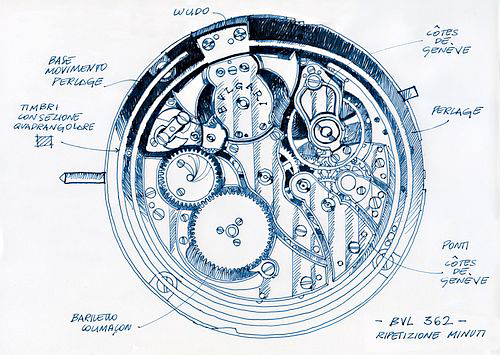 Three years in the making

In 2014, Bulgari created the Octo Finissimo Tourbillon, the world’s thinnest tourbillon. And this year it launched the world’s thinnest minute repeater watch, a staggering 3.12 mm in height and an anorexic 43 grams in weight. A minute repeater is a watch with its own mechanical gong to tell the time, activated by a discreet button, typically at the side of the watch. Swiss watch companies spend years perfecting the sound of their gongs and this is the watch Fabrizio has flown in for tea to talk about.

“Thin tuxedo watches are an important trend today. We could have made the Octo Finissimo Minute Repeater thinner but we didn’t want it to be too flimsy,” he says, lifting pages of beautiful sketches, hand-drawn with what looks like fountain pen ink, out of an elegant leather portefeuille, spreading them onto a large table where 10 journalists are seated. The glamour of the sketches strewn across the table beside the watch inside in the lavish Bulgari salon surroundings prompts an Instagram moment and various journalists try to look casual while capturing the image on their phones.

Quite apart from its inner workings, the Octo Finissimo Minute Repeater is a stunning piece of contemporary design, with its cut-out signature Bulgari numerals on its cool grey titanium dial, its luxurious, matte alligator strap, and slick, understated contours. It’s hard to come face-to-face with a watch that has something different to add to the sea of high end watches already on the market but this watch, beautifully refined, is quite probably one of them. Fifty will be made this year. 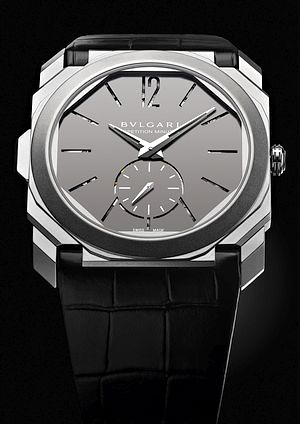 “I love this watch. It took us almost three years to create it,” says Fabrizio. “It’s a stealth design and a stealth complication. A minute repeater is one of the most noble watch complications and we have interpreted it in a cool and contemporary way. It’s a piece that can be worn every day.” Although the watch’s status as a minute repeater is visible thanks to the button on the side of the watch and the fact the inner workings can be viewed through the caseback, once on the wrist, only the wearer or those in the know can tell how precious this watch actually is. A handsome £123K, to be precise.

“Many of our clients have collections of shiny precious watches from our competitors and most minute repeaters are only available in gold. But it’s the Bulgari way to break the mould and inject iconic Italian design into everything we do,” says Fabrizio.

Fabrizio first made the move from transportation design to watches in 2001 when he sent some of his designs to Bulgari in Rome. He was soon invited by CEO and creative director Paolo Bulgari to join the watch design team. In 2009 he initiated moving the company’s watch design division to Neuchatel, in order to more closely manage the production of Bulgari’s intricate watches.

“I’ve been sketching my entire life. Wherever I go I take a pen and paper with me,” he explains. “As an industrial designer, I’ve created shoes, sunglasses, jewellery, watches and cars. The shape of a vehicle suggests its use, and performances and in some cases articulates a dream. A watch often has the same goal—except you need to fit all of this into a 40mm diameter,” he smiles. 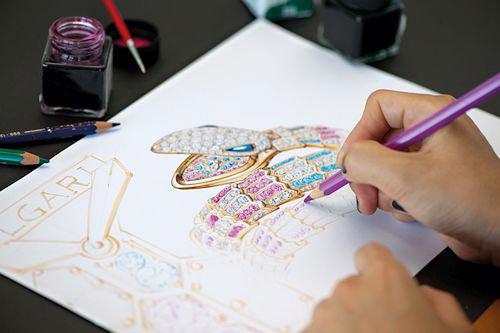 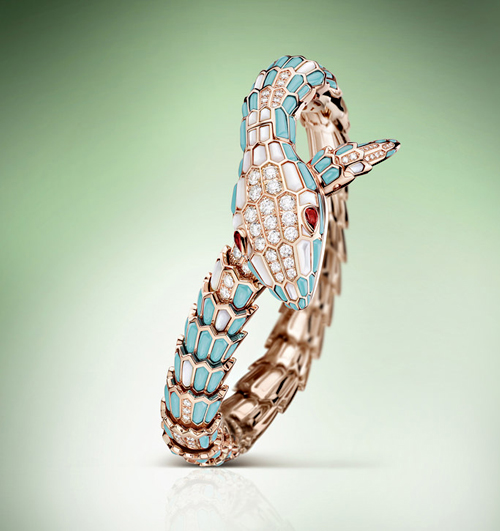 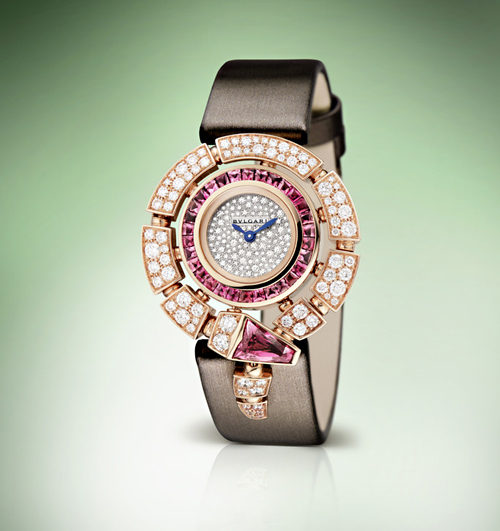 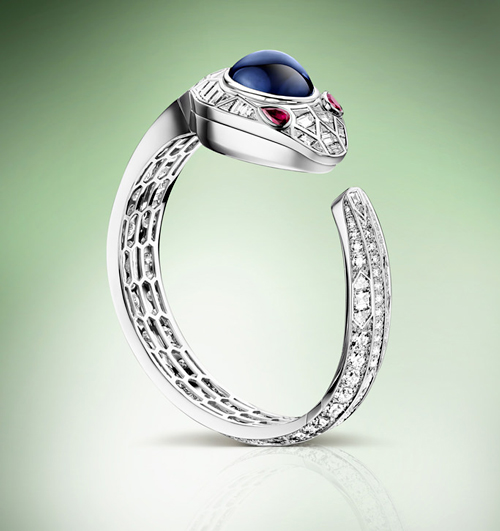 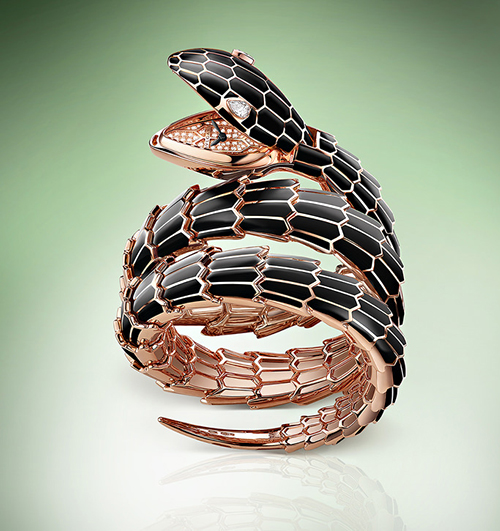 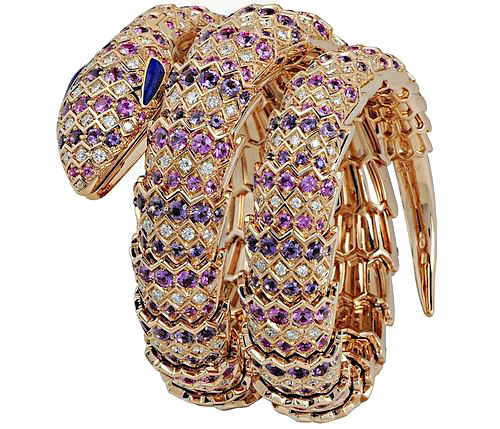 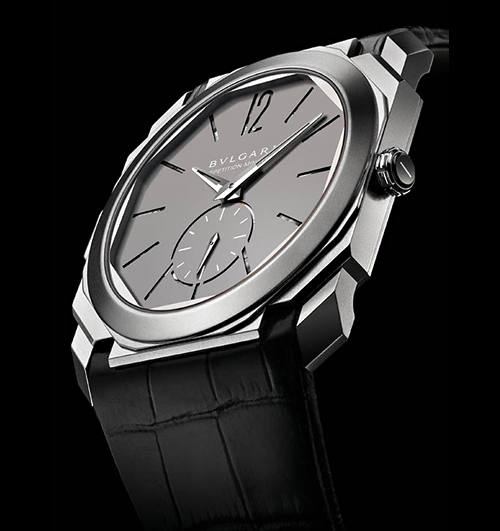 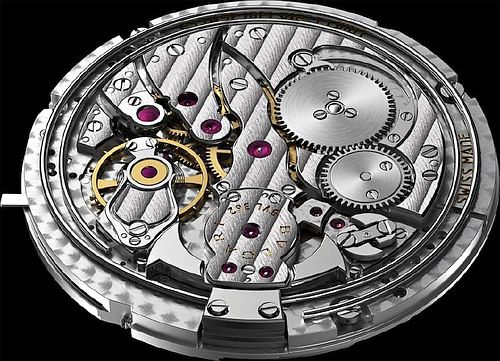