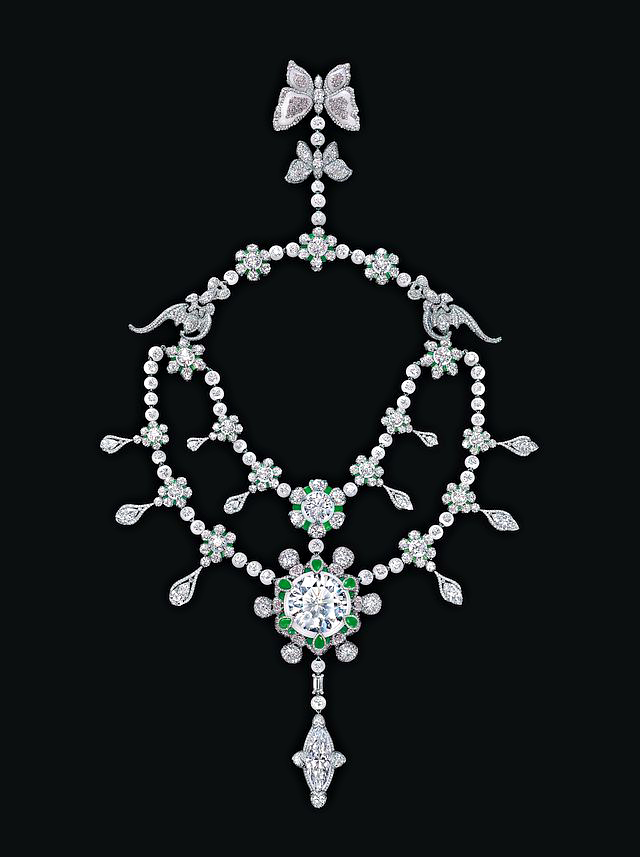 In 2010, Chow Tai Fook acquired the Cullinan Heritage, a rare 507.55-carat rough diamond, for $35.3 million. Now, five years later, the renowned Asian jeweler has finally revealed what became of the prized stone. And it’s beyond spectacular. The 24 internally flawless diamonds cut from the Cullinan Heritage have been united in a single astonishing necklace known as “A Heritage in Bloom.” Chow Tai Fook teamed with artist jeweler Wallace Chan on the masterpiece, which took the Biennale des Antiquaires veteran and a team of 22 people more than 47,000 hours to craft. In addition to the Cullinan Heritage satellite stones, the bauble features more than 10,000 white diamonds and 500 pink diamonds, as well as more than one hundred pieces of mutton fat white jade and green jadeite. The exquisite materials are matched by a sophisticated design that allows “A Heritage in Bloom” to be worn a remarkable 27 ways.