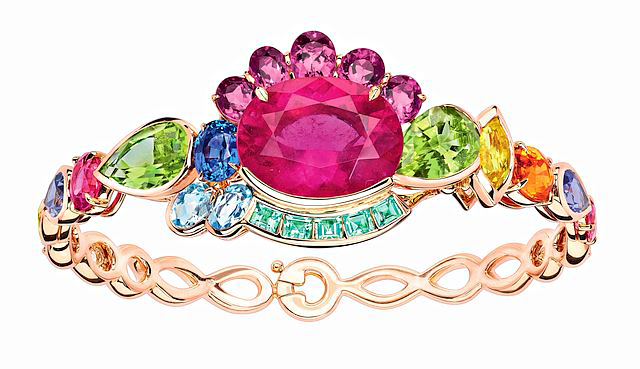 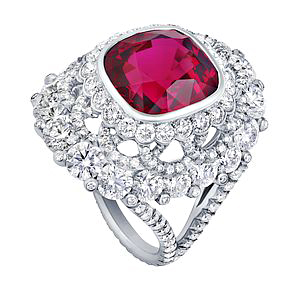 The inclusion of spinel — seen above as a 7.69-carat centerpiece on a Fabergé ring — marks just the third time the birthstone list has been updated since 1912. Photo courtesy Fabergé.

The official birthstone list was established in 1912. But there’s always room for glittering improvement. So, in 2016, the American Gem Trade Association, along with Jewelers of America — the founders of the luxurious list — announced that spinel would be added as an August birthstone. “Spinel is a welcome addition to August’s peridot birthstone,” says JA President & CEO David J. Bonaparte, “sure to be embraced by both jewelers and the jewelry consuming public.” Indeed, it has been. Glamorous labels from Graff Diamonds and Fabergé to Chanel and Dior have had no trouble wowing with spinel-speckled designs. Part of the appeal? The stone is available in a host of tantalizing colors, including red, orange, pink, blue, and purple. Beyond versatile, spinel is also renowned for its steeped history. “Ancient gemstone merchants revered spinel,” notes AGTA CEO Douglas Hucker. “And it was widely sought after by royalty.”