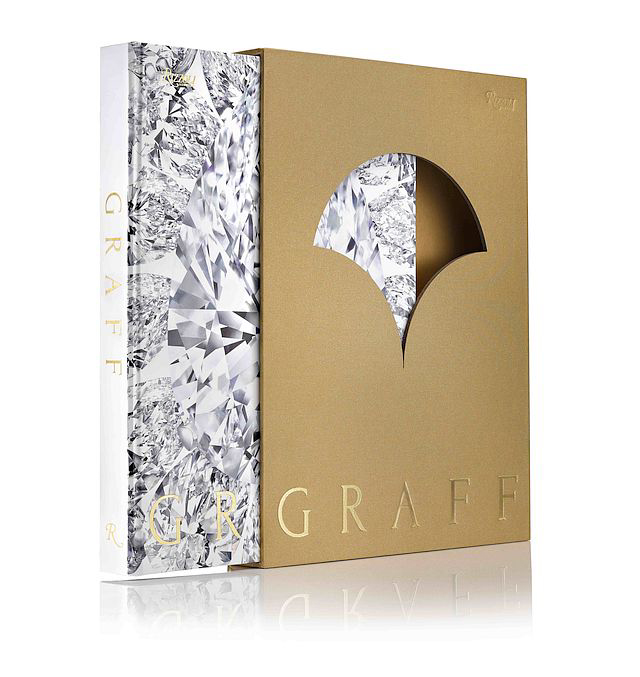 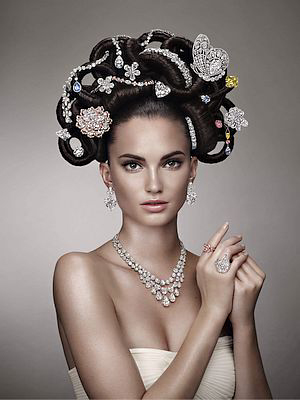 Highlighted within the tome is the Hair & Jewel coiffure created out of $500 million-worth of diamonds in 2013 to commemorate Laurence Graff’s 60th anniversary in the business. Photograph by David Slijper.

Fifty-five years after self-taught gemologist Laurence Graff started his eponymous label, he’s viewed as the best of the best in the jewelry industry. Now a new book examines his glittering rise to the top. Lavishly illustrated, Graff showcases the craftsmanship, artistry, and rarity that have become signatures of a man whose love for spectacular stones began as a boy. Unfolding over eight chapters, the $95 collector’s item even provides a fascinating peek at some of the brand’s most famous diamonds — from the 603-carat Lesotho Promise, which Graff famously cut into a necklace of 26 perfect stones, to the largest square Fancy Vivid Yellow diamond in the world, the 118.08-carat Delaire Sunrise — in their raw, uncut states. Just as fabulous? All proceeds from the sale of the book will be donated to Graff’s charitable foundation, FACET, which supports the education, health, and well-being of the people of sub-Saharan Africa, from where the jeweler sources many of its jaw-dropping rocks. 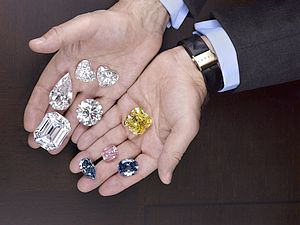 Here, Laurence Graff displays some of his label’s most famous diamonds, including the Graff Sweethearts (top), which weigh in at 51.53 and 50.76 carats.