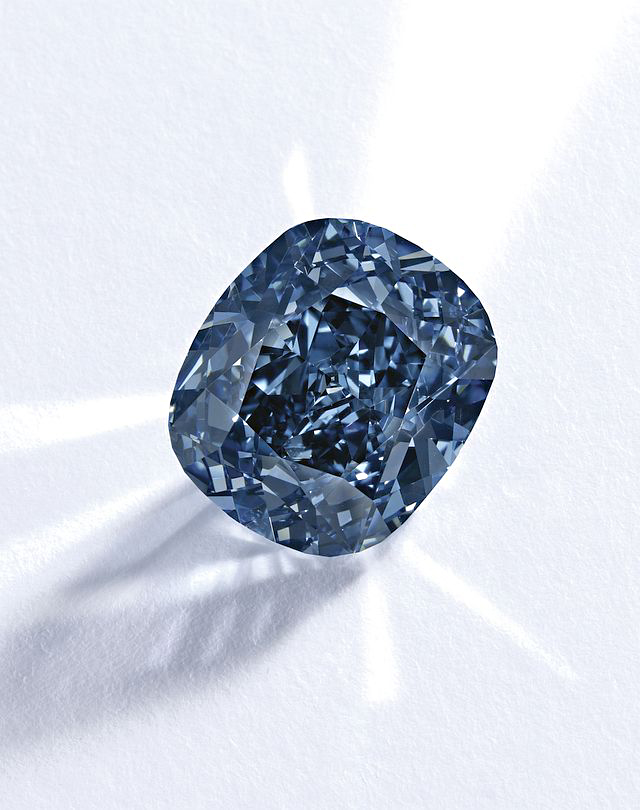 Discovered at the Cullinan Mine in South Africa, The Blue Moon of Josephine is now known as the most expensive diamond in the world. Photos courtesy Sotheby’s. 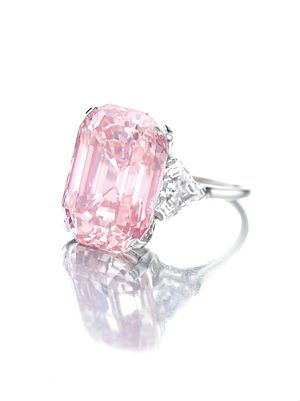 Laurence Graff acquired The Graff Pink in 2010 after it had been in a private collection for 60 years.

The Graff Pink has been dethroned. The 24.78-carat pink diamond, which sold for $46.2 million at Sotheby’s Geneva in 2010, is no longer the world auction record holder for a diamond or any jewel. That title now belongs to the Blue Moon. On Nov. 11, the 12.03-carat blue diamond was acquired for an astounding $48.4 million by Hong Kong businessman Joseph Lau. The property tycoon’s winning bid during the Magnificent Jewels and Noble Jewels sale at Sotheby’s in Geneva also broke the auction record for price-per-carat for any diamond or gem. Lau has since renamed his internally flawless purchase The Blue Moon of Josephine after his 7-year-old daughter.