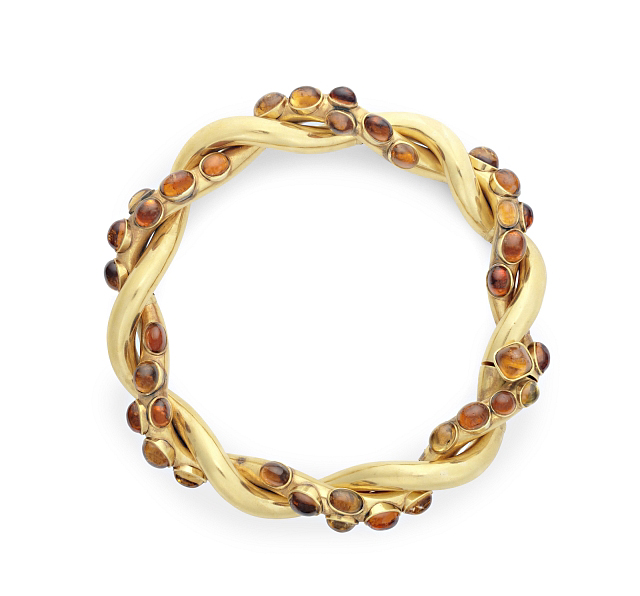 This retro twist necklace with oval citrine cabochons is an example of one of Coco Chanel’s luxury pieces. Photos courtesy Bonhams.

Art jewelry is the theme of Bonhams’ forthcoming April 22 auction to be held at 101 Bond Street in London. Some stunning statement and one-of-a-kind pieces will be on sale, including classic pieces by Chanel and Cartier, as well as several pieces by 20th century master Andrew Grima. Older pieces will also be up for bid including an intricately carved opal matrix that depicts the head of Mercury in profile by Wilhelm Schmidt (1845-1938). Schmidt is from Idar, Germany, an area renowned for its gemstone mining and trading. He is credited as the first person to carve opal into cameos in the 1870s. Bids can be placed at www.bonhams.com, via telephone, in writing, and also in person on the day of the sale.