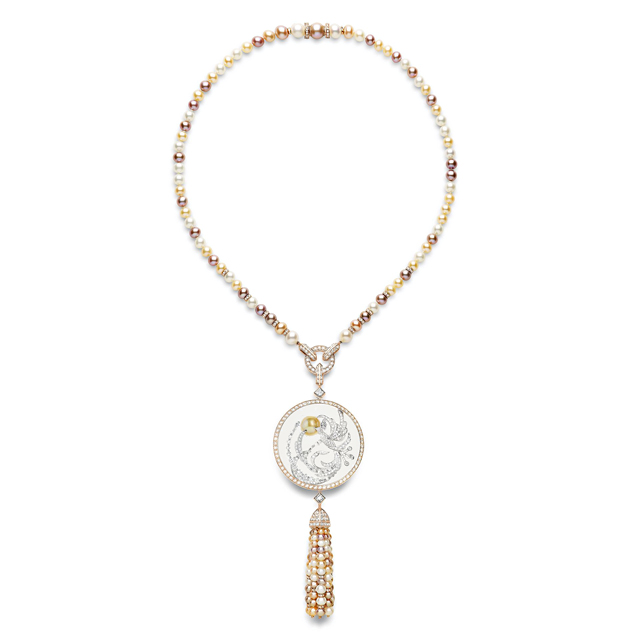 The Hera, the peacock medallion necklace boasts more than six carats of round, pear and princess-cut diamonds. Photos courtesy Boucheron. 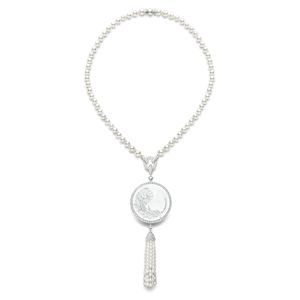 Those in search of an elegant statement piece needn’t look any further than Boucheron’s new pair of medallion necklaces. Continuations of the designer’s beloved Plume de Paon and Hera themes, each jewel takes inspiration from the majestic peacock, stunning with a rock crystal focal point that features either a single feather (the Plume de Paon) or the flashy bird flaunting its grand plumage (the Hera). In both cases, shimmering diamonds are what bring the image to life. But the twinkling doesn’t stop there. More than 575 diamonds shine throughout the feminine baubles which find their medallions suspended from — as well as supporting — strands of lustrous cultured pearls.