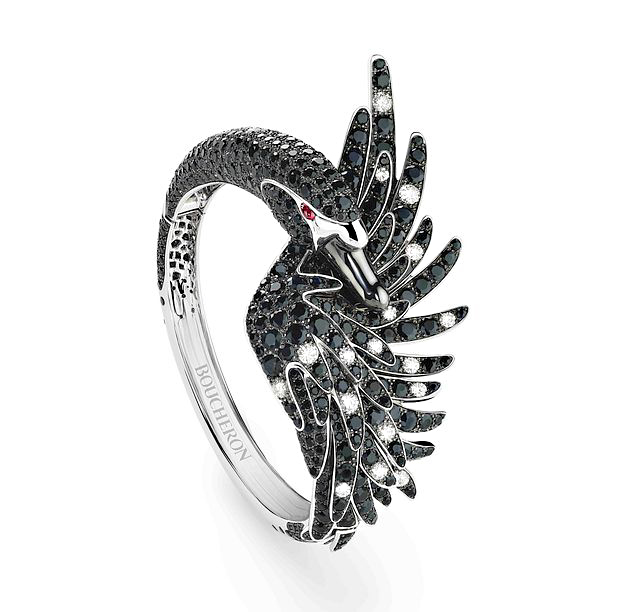 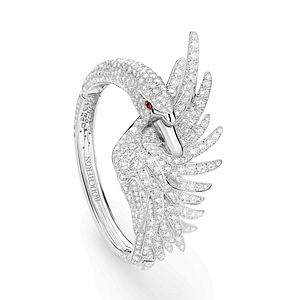 Cypris is an alternate name for Aphrodite, the Greek goddess of love, pleasures, and beauty, who was often pictured traveling on the back of a swan.

Birds of a feather dazzle together. Boucheron’s new, extraordinary Cypris, the swan bracelets have been meticulously designed so that they can be worn together, head to tail, on the wrist. Individually, they also soar. Available in black sapphire and diamond variations, each piece twinkles with more than 500 stones, including two striking cabochon ruby eyes. While the 27.32 carats of round sapphires have their gothic flair both enhanced by blackened white gold detail and dramatically contrasted by white gold, 22.5 carats of diamonds deliver maximum impact when simply paired with glistening white gold. The metal has been expertly engraved to simulate movement-filled layers of plumage on each creation. Boucheron’s previous Cypris, the swan offerings include eye-catching rings, earrings, and pendants.