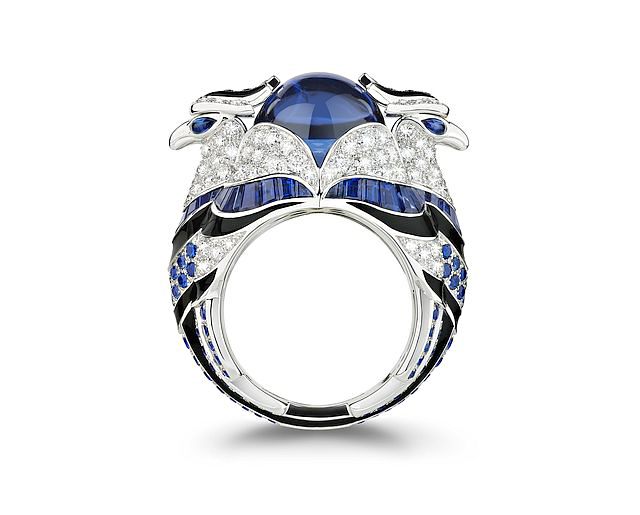 Swans, swallows, cockatoos, and hummingbirds have all previously played muse to Boucheron — but the new Chinha ring marks the first time the eagle has been immortalized by the designer. Photos courtesy Boucheron. 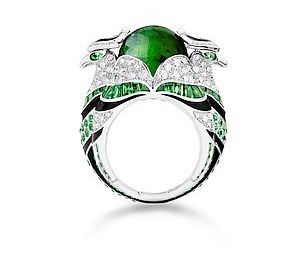 The alert birds guard over an 11-carat cabochon tourmaline mini in this version of the ring.

Boucheron has added a new animal to its field of bestial baubles: Chinha, the eagle. The bird of prey has landed on a trio of rings from the French jewelry house. Each piece features a white gold base that takes flight in a flurry of 134 round diamonds and a mixture of over 100 colorful round and baguette gems — either rubies, sapphires, or tsavorites. At the crown? A tantalizing cabochon stone of 9 carats or more nested between two majestic heads.