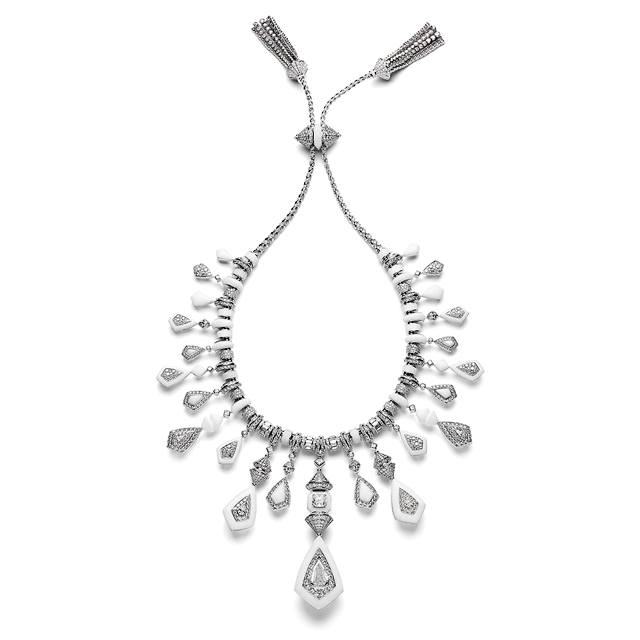 The Jodhpur is Boucheron’s first reversible necklace and is a play on the city’s white and blue lights. Photos courtesy Boucheron. 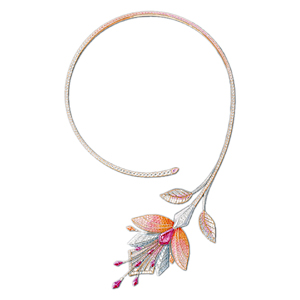 The fleur de lotus is the only piece in the collection that is mounted on pink gold.

India’s vibrant urban culture has long inspired Boucheron artisans, and its new high jewelry collection, Bleu de Jodhpur, is no exception. Jodhpur, the largest city in India’s state of Rajasthan, sometimes referred to as the “blue city” because of the radiant blue-painted houses of its old city, has been given new expression with Bleu de Jodhpur. While the Jodhpur necklace is the symbolic centerpiece of the collection, delicate Mehndi henna designs are also depicted with intricate diamond and metalwork that gives the effect of delicate, lace-like embroidery. Named after Rajasthan’s fortress city, Nagaur, another necklace was inspired by the ceremonial necklaces of India’s Great Mughal emperors. The collection is now available in select Boucheron outlets.