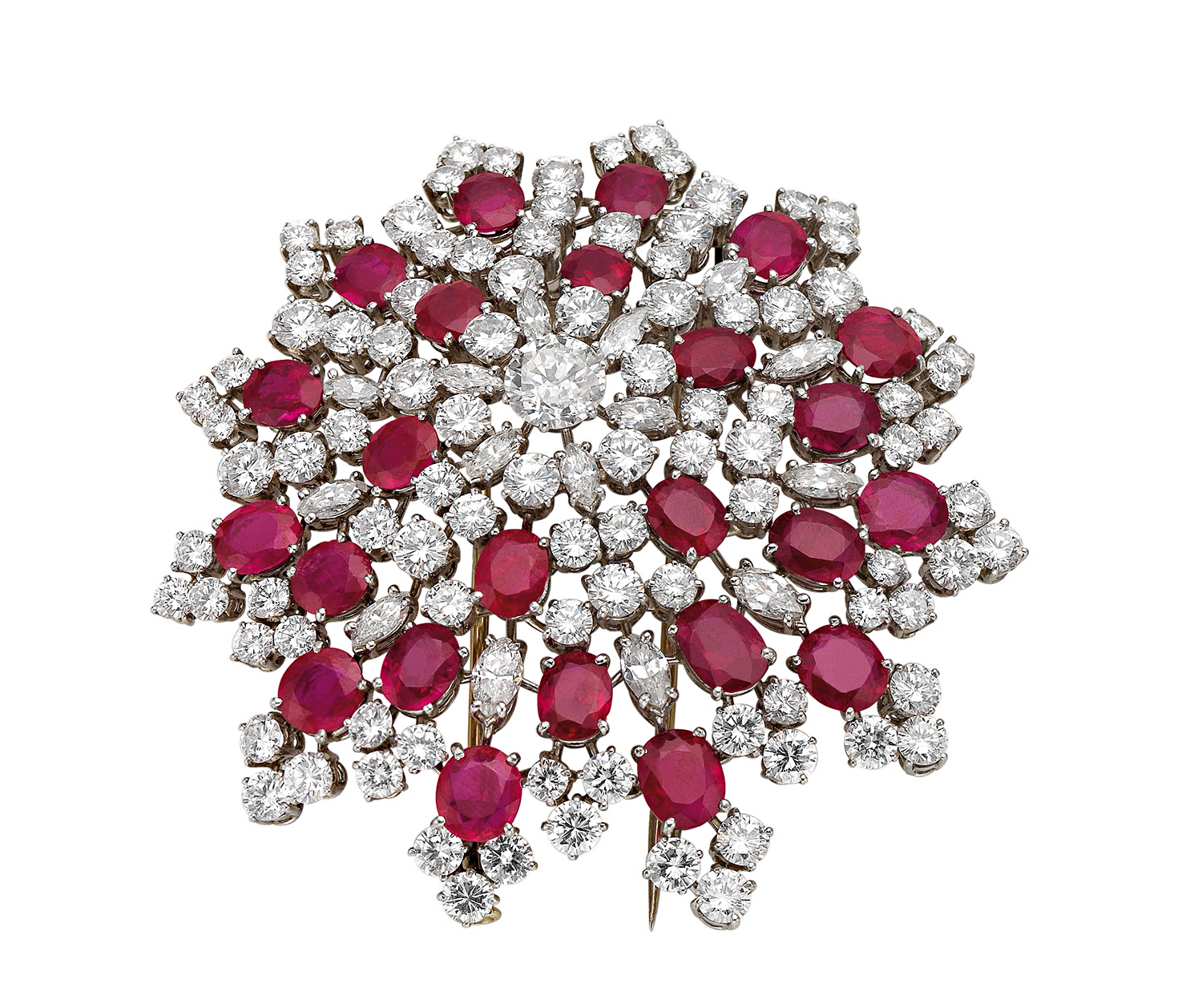 Brooch in platinum with rubies and diamonds – 1957. Much of the high jewelry of the 1950s and early 1960s conformed to the use of gemstones typical of the “Paris school” of jewelry design. This classic approach believed in combining the white of the diamond with only one other color – ruby, emerald, or sapphire – though never pairing them together. Bulgari began to defy this international norm in the decades to follow. Photo courtesy Houston Museum of Natural Science.

“Bulgari: 130 Years of Masterpieces” opens May 2 at the Houston Museum of Natural Science. This collaborative exhibit between the Houston Museum and Bulgari blends the worlds of science and art as it explores the craftsmanship and diversity of gemstones used in Bulgari’s jewelry designs. Joel A. Bartsch, president of the Houston Museum of Natural Science, says, “Equal parts art and science, historic and modern, Bulgari not only pays homage to the great masters of the past, they also continuously push the envelope in jewelry design and cutting-edge technology into the future when so many others are content to merely rest on their laurels.” The exhibit includes pieces worn by Hollywood starlets and notable Houston women. The exhibit runs through October 5.