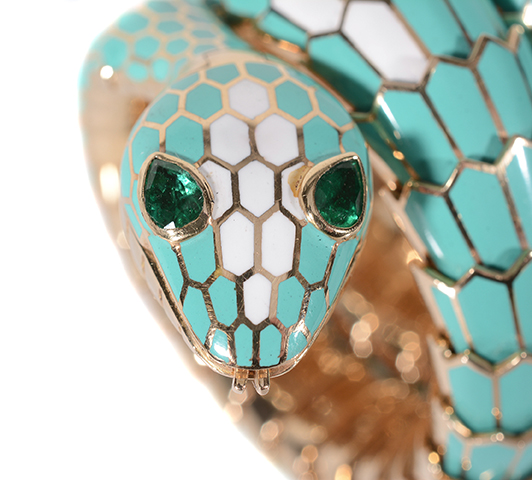 The Bulgari Serpenti watch is expected to fetch between $32.000 and $48,000 at auction. Photos courtesy Dreweatts & Bloomsbury. 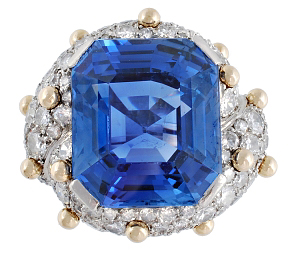 Iconic French jeweler Jean Schlumberger created this stunning sapphire and diamond ring, which is expected to fetch between $32,000 and $48,000 at auction.

A 30-carat sapphire and diamond ring by Jean Schlumberger.

These are among the iconic jewels UK-based auction house Dreweatts & Bloomsbury will be auctioning during its Fine Silver & Objects of Vertu event on Nov. 27 in London. Bulgari introduced its Serpenti watches in the 1940s, but they gained even more notoriety when Elizabeth Taylor wore one in the 1963 movie Cleopatra. French designer Jean Schlumberger is renowned for his whimsical creations for Tiffany & Co. His prestigious clientele included Audrey Hepburn, Greta Garbo, and the Duchess of Windsor. Established in 1904, Seaman Schepps is known as “America’s court jeweler.” The Seaman Schepps aquamarine ring comes with the original bill of sale from 1949. The full catalogue can be downloaded here.