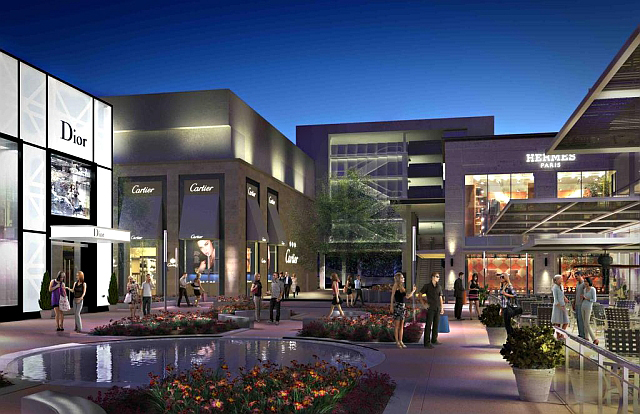 In addition to Cartier, the River Oaks District will be home to Dior, Bonobos, Hermes and a number of other luxury brands. Photo courtesy OliverMcMillan.

Houston’s exclusive River Oaks District will soon be home to a number of high-end retailers, including Cartier, which will open on Sept. 3—one month earlier than the rest of the shops in the new shopping center. The River Oaks District is being branded as a “destination” and includes more than 252,000 square feet of luxury shopping, entertainment, and restaurants. Cartier will inhabit more than 6,000 square feet and features limestone floors, chandeliers, and its trademark private viewing rooms. The luxury development was originally conceived of by San Diego-based developer OliverMcMillan in 2006. The 2008 recession forced a halt to the project, but with the rising economy, it was again commenced and its grand opening is slated for October.