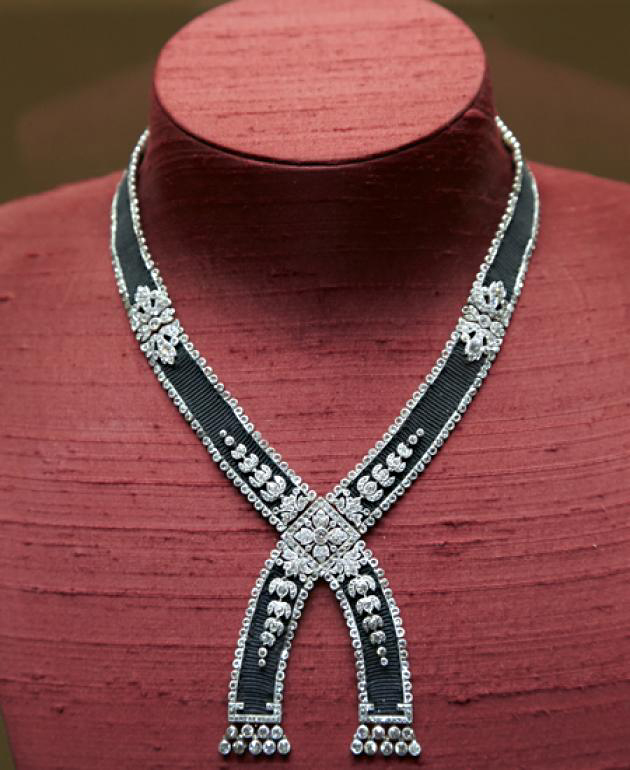 Among the display of historical pieces is this necklace, which was purchased by King Chulaongkom in 1908. Photo courtesy Cartier.

In 1908, during his European tour, King Chulalongkorn (Rama V) of Thailand visited Cartier’s Paris boutique and purchased several items of high jewelry—and so began a tradition of royal jewelry created by Cartier. This month, Cartier celebrated its long relationship with the Thai Royal House by holding a special exhibit of historical pieces and a “high jewelry” dinner in which its latest creations were unveiled. The official Bangkok opening was held at the Mandarin Oriental. Among the prestigious guests of the evening was Her Royal Highness Princess Sirivannavari Nariratana. After dinner, guests were treated to a ride aboard His Majesty King Bhumibol’s yacht Angsana, which was manned by Royal Thai Navy officers.