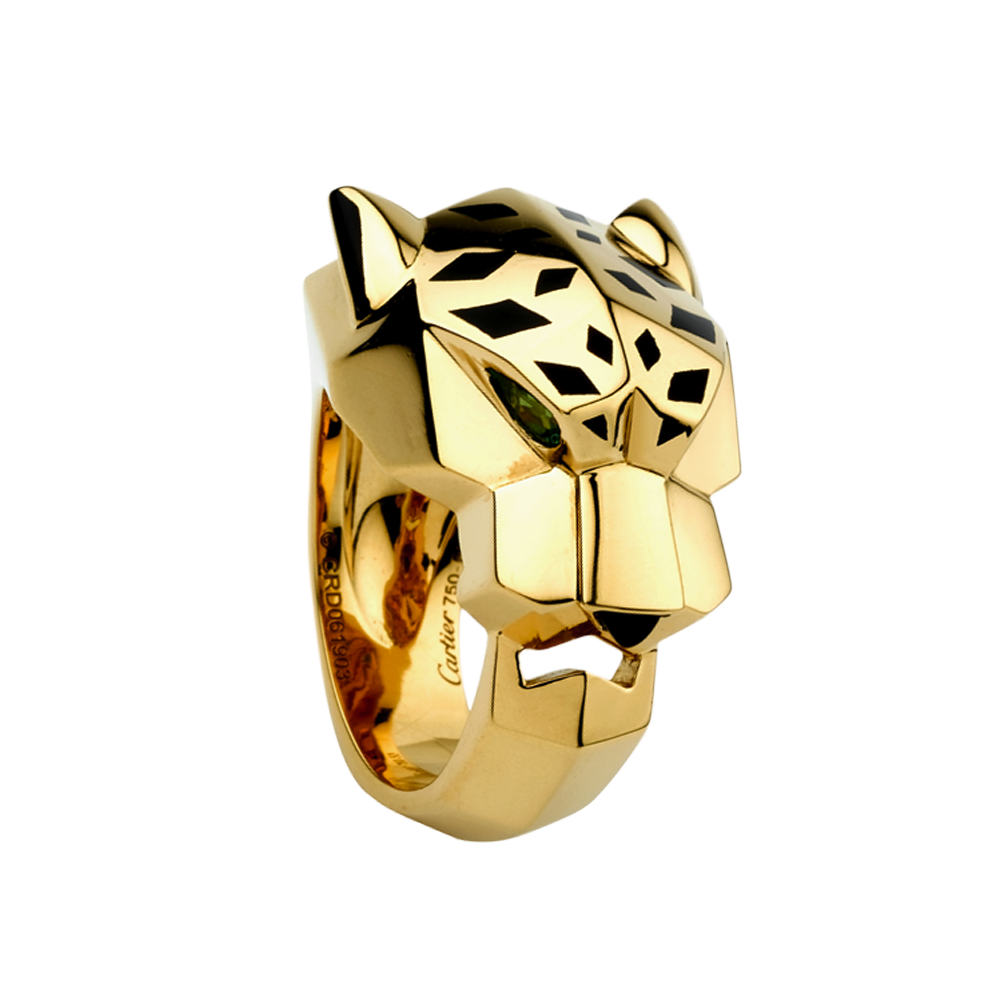 Inspired by Jeanne Toussaint (a.k.a. La Panthère), Louis Cartier’s longtime artistic director and muse, the spotted panther has been worn by fashionable and unconventional women for a century. From its initial appearance in 1914 as a wristwatch to the colorful creations of the 1920s and beyond, the spotted panther is Cartier’s most recognizable symbol. In celebration of the panther’s 100th birthday, Cartier’s 2014 anniversary collection, Panthère de Cartier II, re-imagines the iconic panther in bold, geometric shapes as well as sinuously feminine designs that evoke the earlier panther creations. With more than 50 pieces, some of which took more than a year to create, the collection explores the many personalities of the world’s most famous bejeweled feline.