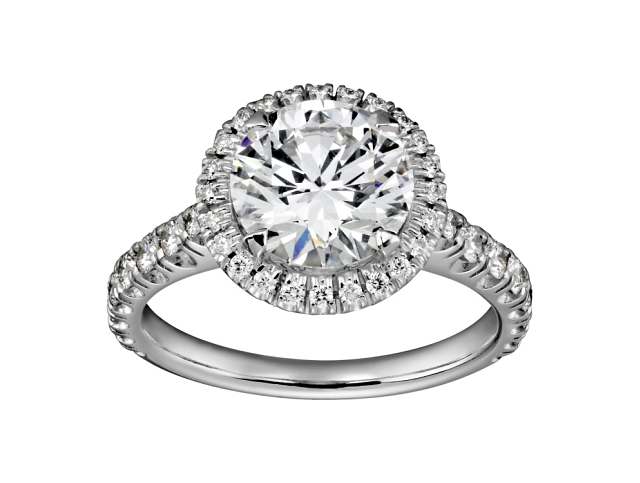 A Cartier Destinée Soltaire is featured in “The Proposal” along with a Trinity Ruban engagement ring and a baguette-cut diamond wedding band. Photo courtesy Cartier.

With Valentine’s Day upon us, Cartier has released a six-minute video, “The Proposal” in celebration of love. Directed by British film director Sean Ellis, “The Proposal” chronicles three couples in Paris, all with different love stories. “Proposal in the elevator” follows a late beau as he races up the stairs to meet the elevator where his annoyed beloved pretends to ignore him. “Proposal at the airport” tells the story of a married couple renewing their vows on the brink of a six-month separation. “Proposal at the museum” shows a young couple on a romantic treasure hunt in the Musée Rodin. What the three stories share is a Paris backdrop, romance and, of course, a classic red box each holding a stunning Cartier diamond ring. Watch Cartier’s new video here: The Proposal.