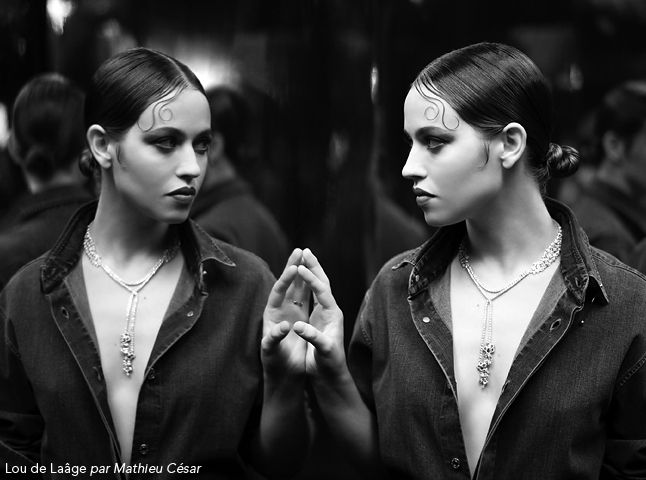 Lou de Laage is one of this year’s nominees for Best Young Actress for her role in Respire (Breathe). Photo: Iconoclastimage/Mathieu Ceasar Ceasar and the Academy of Chaumet.

For the 11th year in a row, French jeweler Chaumet will be the official partner with the Académie des César for “Revelations 2015,” a project created to unify up-and-coming performers of French cinema. Each year the Academy’s “Revelations” selection committee shortlists 32 young actors and actresses for Most Promising Young Actress and Young Actor titles, which are announced in February. Chaumet’s opulent reception rooms hosts the gala, where these talented artists are greeted and honored. This year marks the 40th anniversary of the César Awards Ceremony, the French equivalent of the Academy Awards.