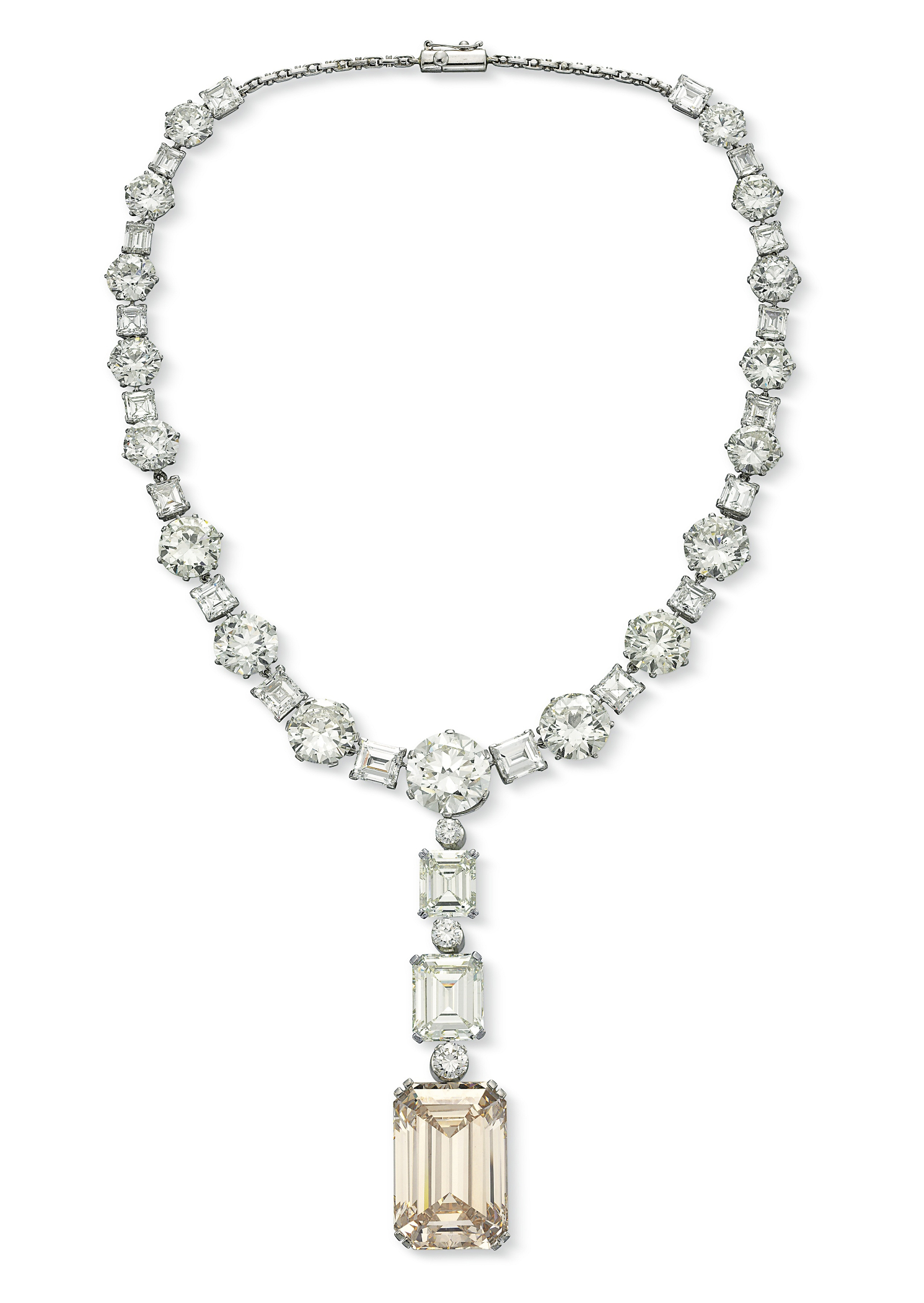 Lot 350 from Christie’s Important Jewels sale takes the breath away with its assortment of rectangular, circular, and square-cut diamonds. Photo courtesy Christie’s.

Van Cleef & Arpels, Boucheron, Graff, Cartier — Christie’s October 22 Important Jewels sale in New York offers the crème de la crème of designers. On view from now until October 21 at 20 Rockefeller Plaza, the 350-piece collection of colored and colorless diamonds, rare gemstones, and signed baubles is expected to draw in in excess of $30 million. The auction’s crown jewel is Lot 350: A potentially internally flawless diamond pendant necklace of 81.38 carats. The rectangular-cut showpiece comes accompanied by a supplemental letter from the Gemological Institute of America stating that it has been determined to be a Type IIa diamond — the most chemically pure type of diamond. Alone, Lot 350 is estimated to go for upwards of $3.5 million. With this and the other sparklers under the hammer, Christie’s International Jewelry department hopes to continue breaking records. In the first half of 2014, they achieved their highest ever half-year result at $362 million.