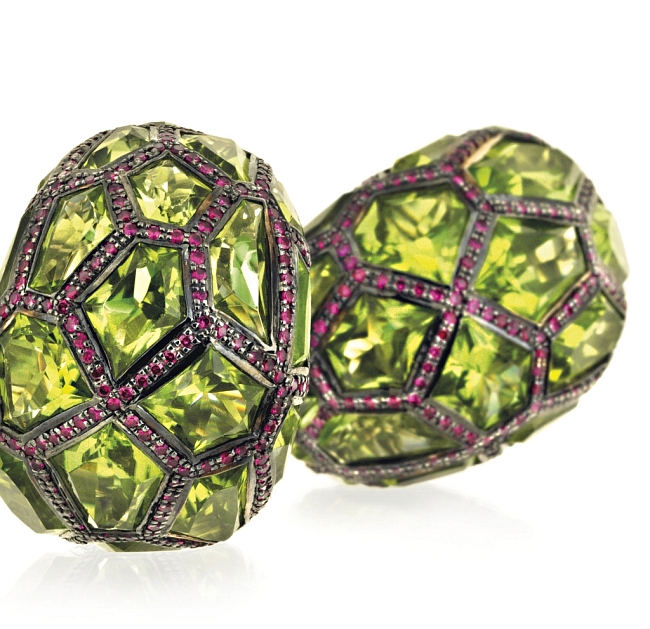 Fancy-cut peridot is made more magnificent when surrounded by a ruby-set honeycomb design in this pair of earrings by De Grisogono, which will go under the hammer on January 21. Photos © Christie’s Images Limited 2015. 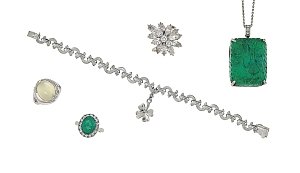 Among the dazzling Christie’s offerings displayed here is a classic Chanel bracelet (center). Featuring signature “C” links, the piece — better known as Lot 235 — is estimated to draw a bid of upwards of $2,745.

Collectors missing the thrill of bidding on — and acquiring — the world’s most coveted pieces need look no further than Christie’s South Kensington to satisfy their cravings. Following a quiet period at most auction houses over the holidays, Christie’s will usher in its first bauble sale of 2015, the aptly titled Jewellery, on January 21. From Cartier and David Webb, to Pasquale Bruni and Bulgari, 277 glittering lots are primed for the taking. All will be on view at 85 Old Brompton Road in London from January 17 to January 20.