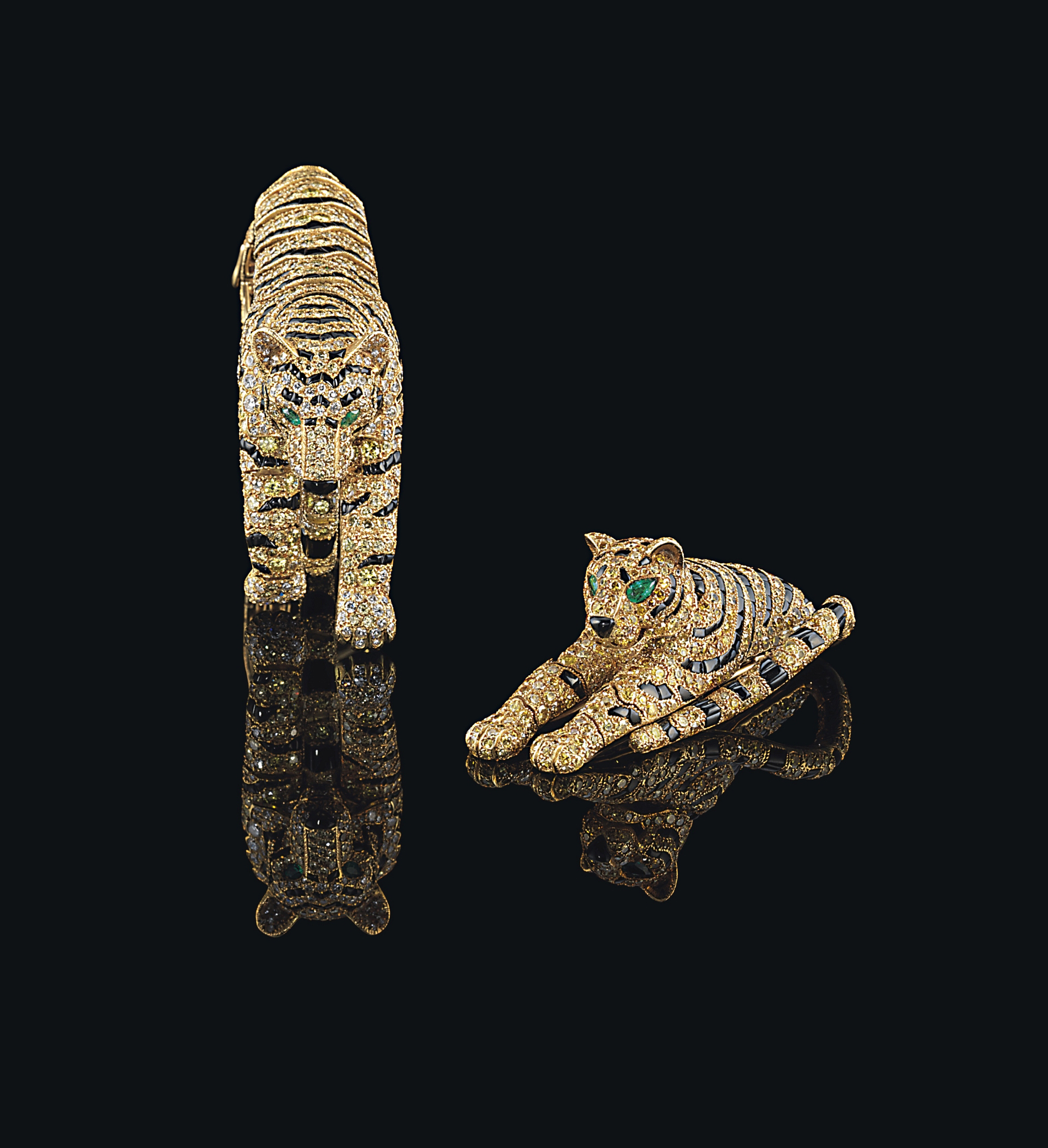 Sarah Brightman plans to donate a portion of the proceeds from her Cartier tigers to the Andrew Lloyd Weber          Foundation, which supports the arts and music in the schools. Image courtesy Christie’s.

In a tribute to love’s ferocity, Christie’s will auction off two Cartier onyx and diamond tigers from the 1950s at the upcoming Magnificent Jewels auction in Geneva on Nov. 11.  The brooch and bracelet are to be sold as one lot and they come with two epic love stories behind them. In 1936 Edward VIII abdicated the throne to marry Wallis Simpson and over the years showered her with jewelry that became the benchmark of avant-garde style during the 1940s and 1950s. The Duke of Windsor purchased the tiger set from Cartier between 1965 and 1959. In 1987, during the sale of the Duchess of Windsor’s jewelry collection, Andrew Lloyd Weber bought the set for his wife, Sarah Brightman, to celebrate the success of “The Phantom of the Opera.” A complete catalogue is available at www.christies.com or via the Christie’s iPhone app.