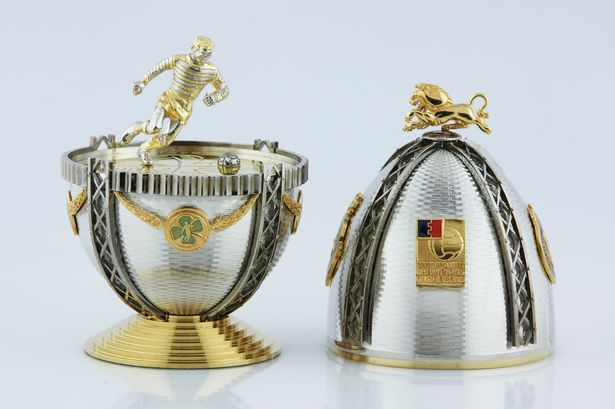 The 19 Faberge eggs represent the number of medals won by Jimmy Johnstone, and are fashioned from silver and yellow, enamel, and black gold.

A Faberge egg commemorating Scottish footballer Jimmy Johnstone was auctioned for a sum of £10,800 ($17,700) on December 10 at McTear’s Auctioneers in Glasgow, UK. The egg was part of a series of 19 eggs created in 2005 to support the athlete’s fight against motor neurone disease. Though the Russian jeweller is better known for decadently enrobed eggs of a decorative, rather than commemorative, theme, Faberge descendant Sarah Faberge commissioned the collection to pay tribute to an inspirational figure in UK history. The last Faberge egg to be auctioned fetched £15,000 ($24,500) in 2011.