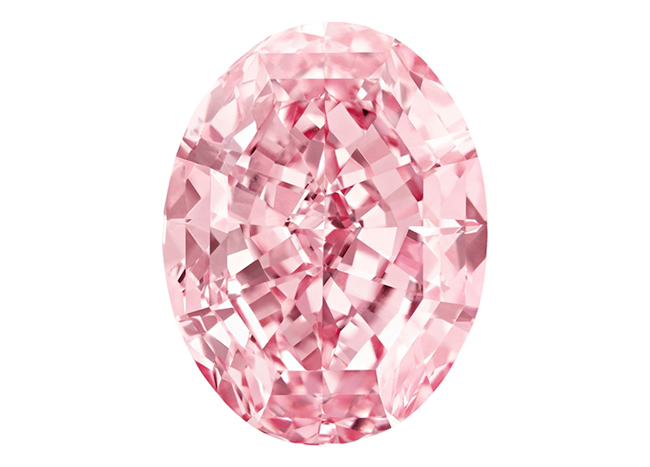 The world’s largest internally flawless pink diamond is expected to be sold at $60 million at the upcoming “Magnificent Jewels” auction on November 13, 2013 in Sotheby’s Geneva. Mined by De Beers in 1999, the 59.6-carat diamond was cut and polished from its original 132.5-carat form over a two-year period. Even with more than half of its original mass shaved off, the “Pink Star” is valued at double the estimated price of the world’s “greatest white diamond” – a 118-carat gem the size of a small egg, scheduled to be auctioned in Hong Kong on October 7.