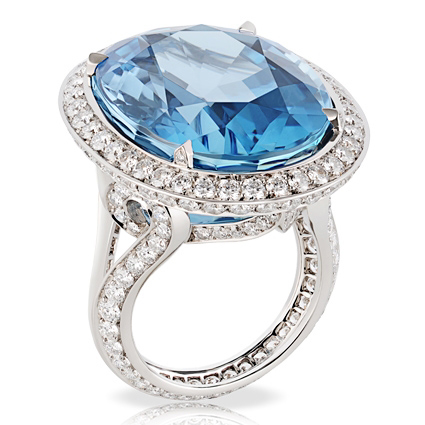 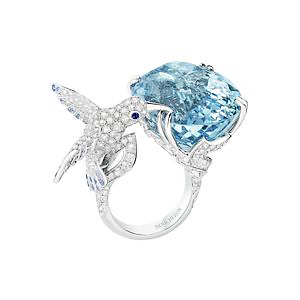 A hummingbird paved in diamonds and sapphires admires yet another light blue wonder in Boucheron’s Hopi ring. Photo courtesy Boucheron.

Aquamarine, the green-blue to blue variety of the mineral beryl whose name is derived from Latin words that translate to “seawater,” was believed to calm waves and keep sailors safe. But the gem also has the ability to excite the world’s top jewelers. Designated March’s birthstone, aquamarine can currently be found in fabulous rings from Cartier, Tiffany & Co., Piaget, Fabergé, Chanel, Boucheron, and more. The pastel-hued wonder is mined in South America, Africa, and Asia, and has become a favorite among the luxury labels, in part, because of its hardness and durability. In most cases, the designers have chosen to pair aquamarine (which is also revered for its eye-pleasing transparency) with white gold. The result? An icy yet perennially fresh effect. 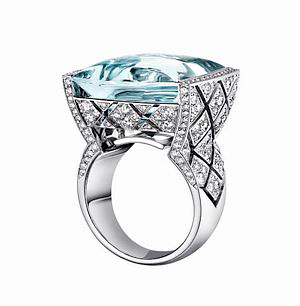