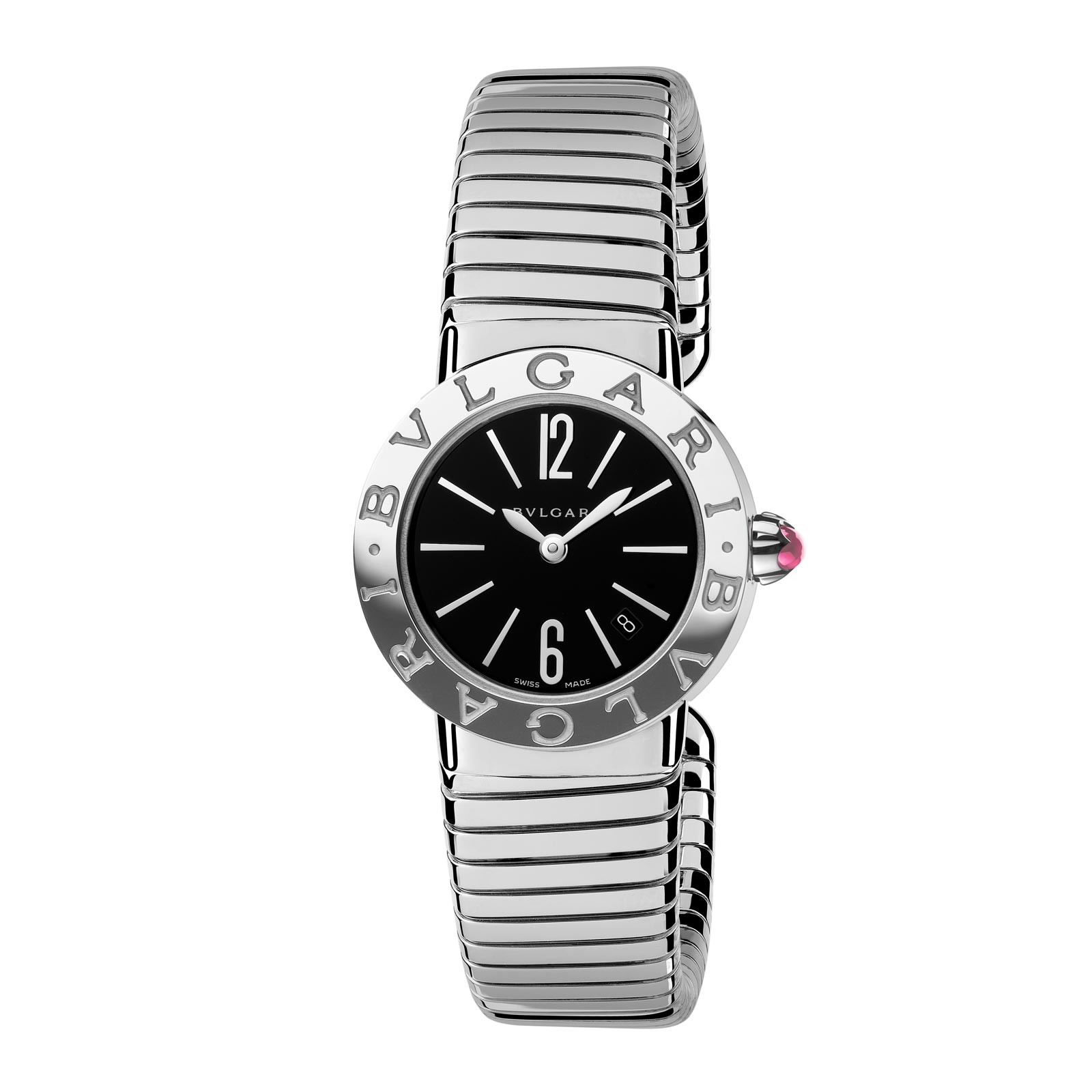 The popular Bulgari Bulgar wristwatch is so named because of its name printed twice on the bezel. Photo courtesy Bulgari.

A comparative review of two high-end steel watches, the Bulgari Bulgari and the Hermés Dressage, is now available as a download from WatchTime. This comprehensive evaluation of the two watches, written by editor Martha Richter, looks at the brands’ contributions to the history of watchmaking and provides detailed specs and prices. The review addresses the establishment of Hermés in Paris and Bulgari in Rome, and the contribution both watches have made to high fashion. The Bulgari Bulgari and Hermés Dressage both use automatic movement, which harnesses the energy of motion to wind the spring. Both watches also have water resistance up to a depth of 50 meters.