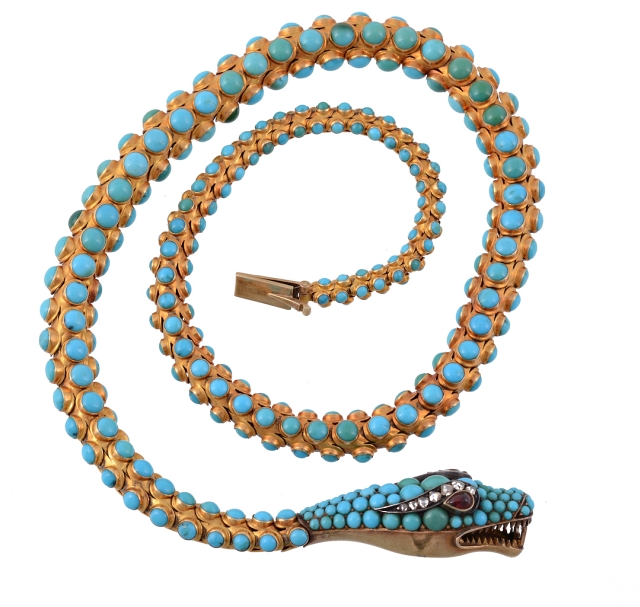 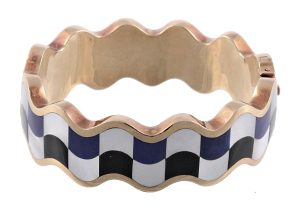 This Tiffany & Co. bangle is made from mother of pearl, onyx and lapis lazuli. Image courtesy Dreweatts & Bloomsbury.

Dreweatts & Bloomsbury’s first luxury accessories event of 2015 includes a stunning collection of gems and jewels. Some of the auction highlights include an early Victorian (circa 1840) diamond, a turquoise and garnet serpent necklace, modernist pieces from Andrew Grima, and a Berlin ironwork polished steel cameo necklace. Signature pieces from the famous 20th and 21st century jewelry houses will also be represented including an Art Deco bangle by Tiffany & Co. and a two stone diamond Trombino ring by Bulgari. The auction will be held at Donnington Priory in London on March 26.