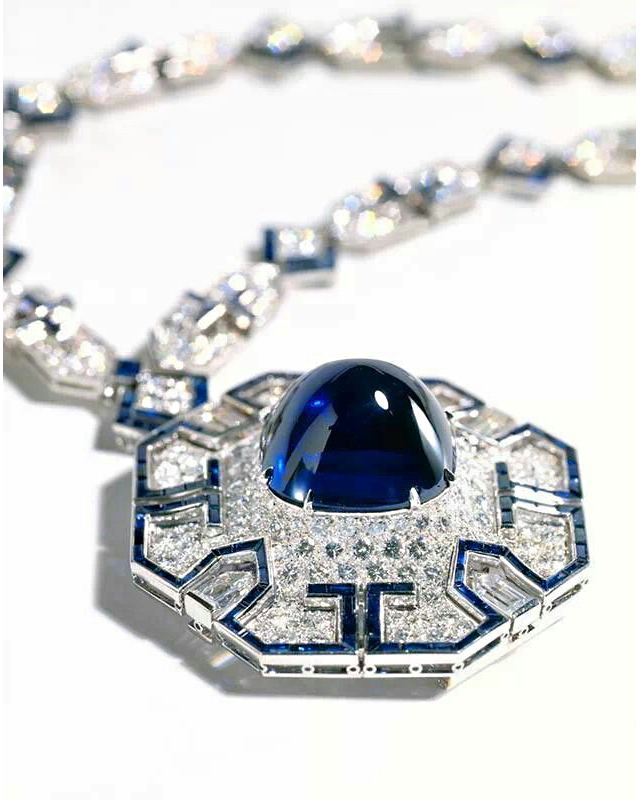 Richard Burton gave this emerald and sapphire sautoir to Elizabeth Taylor on her 40th birthday because the sapphires reminded him of her violet eyes. Photo courtesy Bulgari.

When Christie’s auctioned off Elizabeth Taylor’s jewelry in 2011, Bulgari re-acquired seven pieces that they felt best represented Taylor’s iconic taste for the brand. These pieces, now on display at Bulgari’s Zurich store, exemplify not only the brand’s exquisite craftsmanship but provide a glimpse into Taylor’s glamorous life, particularly her love affair with Richard Burton. Among the seven pieces are three items chosen by Burton: the emerald engagement ring he presented to the actress; a stunning emerald and diamond necklace, which he gave her on their wedding day; and a sautoir with an octagonal sapphire that was chosen because he said the stones reminded him of her famous deep-colored eyes. The Elizabeth Taylor collection of Bulgari jewels is on display until April 23.