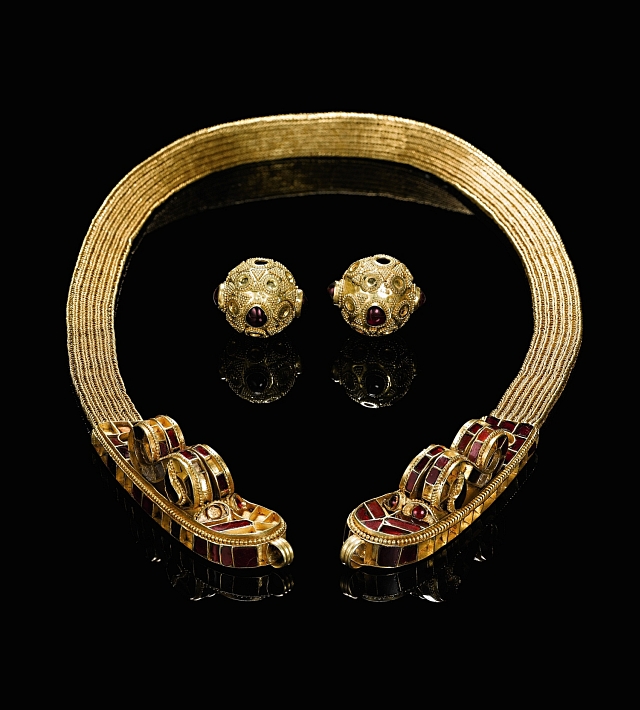 Royal collar and beads. The length of the collar would have encircled the neck and rested on the upper chest section. Each dragon has a ribbed loop in its mouth to tie the ends together. Photos courtesy Sotheby’s. 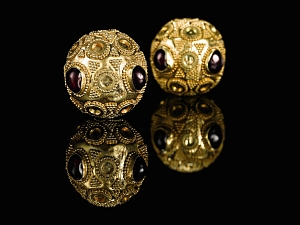 A stunning Umutkor gold collar and beads, acquired from Kyrgyzstan, is up for sale as of today at Sotheby’s London sale. The woven gold torc is fashioned with gold and garnet cloisonné dragon terminals, a design that has been dated to the time of Attila the Hun. Nomads, known as Huns, who moved into the region northeast of the Black Sea in the late fourth century, introduced the tradition of dragon and beast terminals to the west. Similar finds have been found from Central Asia to the Black Sea and the Carpathians. Due to the context of their discovery in burial mounds, it’s believed people of high social status wore these ornaments.