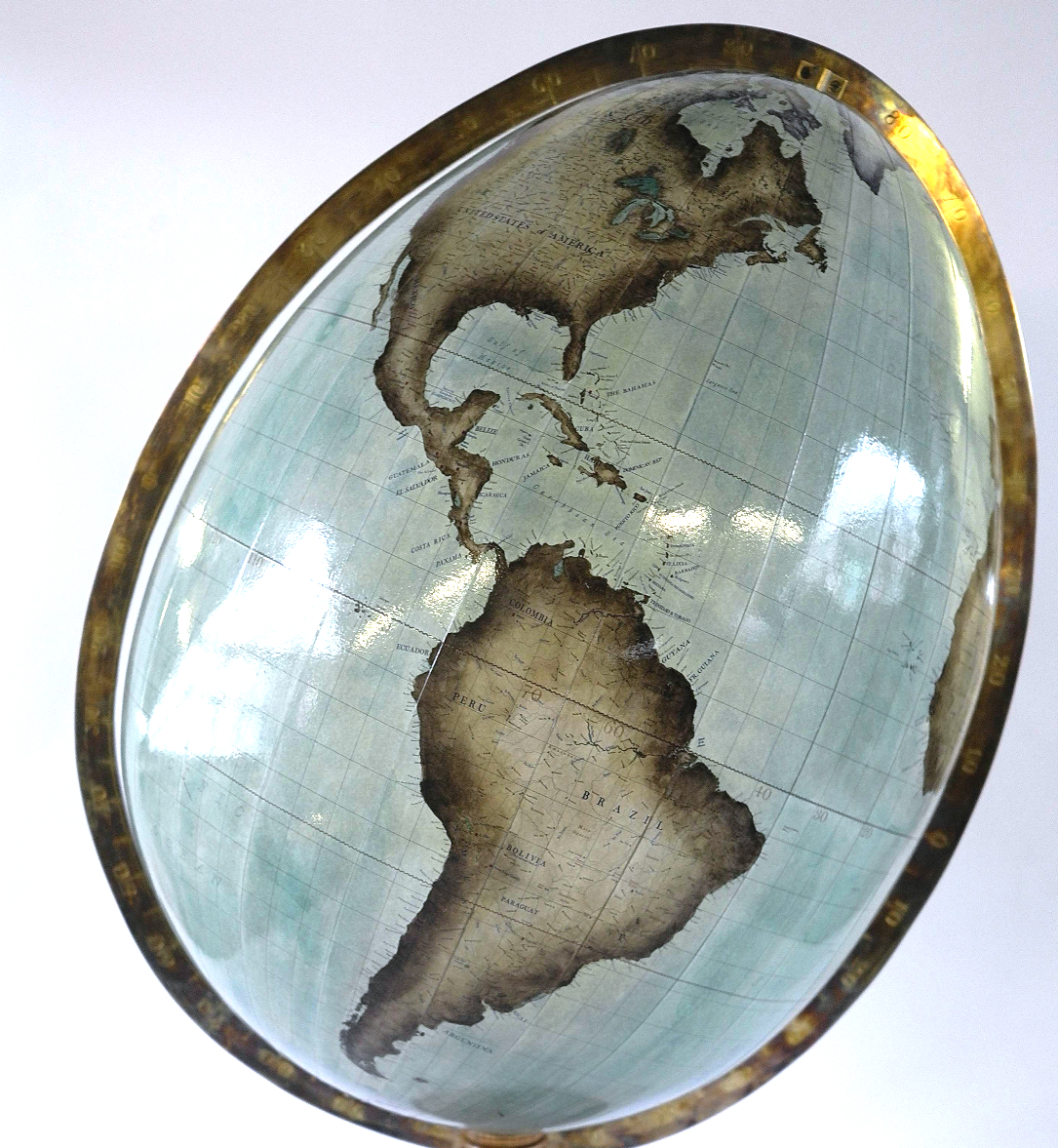 Egg of the World. This contemporary Fabergé egg was designed and created by Bellerby & Co. Globemakers in London for this year’s Big Egg hunt in New York City. Photo courtesy Bellerby & Co.

This Easter will mark Fabergé’s second Big Egg hunt. The first was held in London in 2012 as a fundraiser for Action for Children and Elephant Family. About 200 artists and designers created meter high fiberglass eggs, which were hid in select locations throughout London. This year, Fabergé plans to repeat the Big Egg hunt in New York City. Artists such as Diane von Furstenberg, Zaha Hadid, and Ronnie Wood, among others, have designed egg sculptures that will be ‘hidden’ across the city for three weeks. Clues will be given to help participants find their locations. At the end of the three-week period, an auction will be held in partnership with Sotheby’s to raise money for Studio in a School to help New York City’s underserved children and Elephant Family.