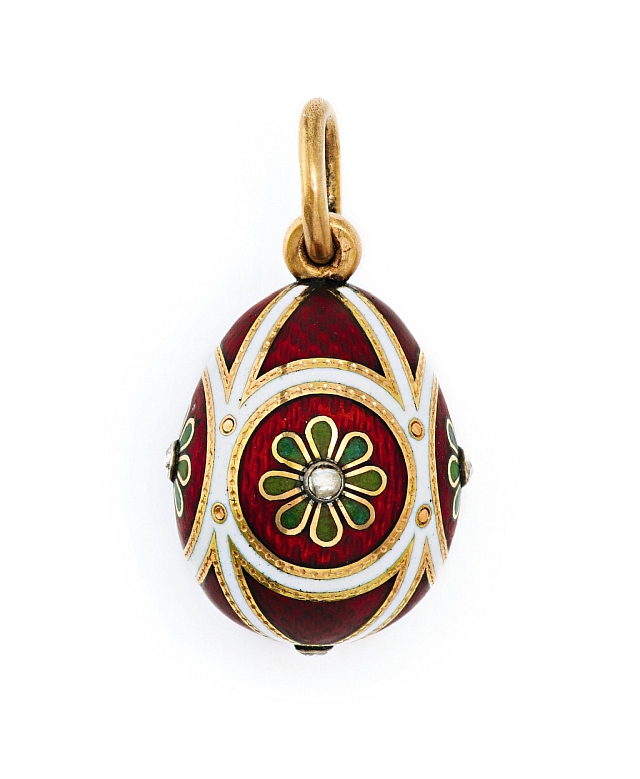 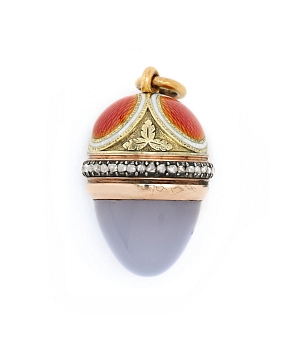 While this charm is a mere .75-inch tall, it’s packed with signature Fabergé detail, including diamond-set flowers, and is estimated to draw a bid of up to $7,000.

From cigarette cases and a menu holder to parasols and a pill box, there’s no shortage of Fabergé to be found at the Sotheby’s Important Russian Works of Art, European Silver and Vertu sale on April 16. For jewelry lovers, a collection of the design house’s famous egg pendants also await bids. Seven of the charms are contained within six lots, with the most spectacular expected to go for around $12,000. That trinket, forged from enamel, gold, diamonds, and blue chalcedony, measures just a dainty one inch in height. A true small wonder, it and the rest of the Important Russian Works of Art, European Silver and Vertu catalogue are on display in New York from April 10 through April 15. 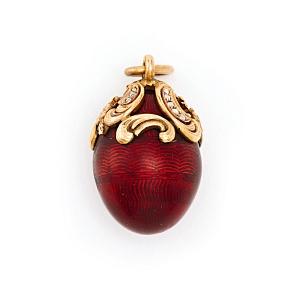