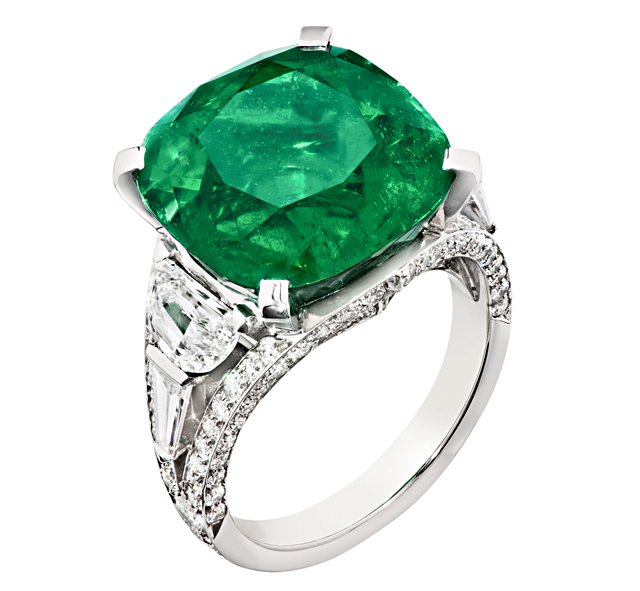 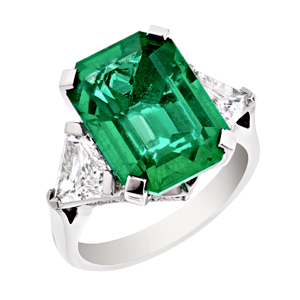 In comparison to Fabergé’s other new offering, this 7.34-carat ring boasts a pared-down shank.

Fabergé’s Devotion collection is reborn with two new emerald creations. May’s exquisite birthstone — believed to bring its wearer good fortune and youth — sits at the heart of the designer’s latest rings, flanked by color- and shine-enhancing white diamonds. Weighing in at 7.34 carats and 13.69 carats, the vibrant center stones feature different-yet-equally-dazzling cuts. While the heftier of the duo is cushion-cut, its counterpart benefits from a classic step cut. Fabergé parent company Gemfields has a reputation for unearthing such spectacular, vivid rocks. In fact, the industry leader is a 75 percent owner of Zambia’s Kagem emerald mine, which is believed to be the world’s largest producer of emeralds.