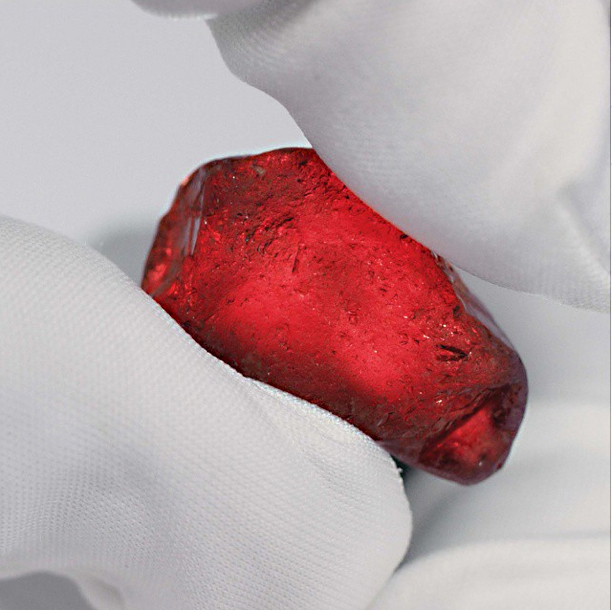 The stunning, Gemfields-mined stone was appraised by the Gübelin Gem Lab in Switzerland. Photo courtesy Gemfields.

The world’s largest colored stone producer is keeping an authoritative hold on its title with a new African find. To the delight of discerning collectors everywhere, Gemfields recently announced that a 40.23-carat rough ruby was unearthed at its Montepuez deposit in Mozambique. Now the stunning, ethically-sourced stone is poised to be auctioned off in Singapore this month. A previous Gemfields auction of rough ruby and corundum from the Mozambique deposit generated an astonishing $33.5 million in June.

At the intersection of exploration, mining and marketing, Gemfields fittingly acquired Fabergé — the jeweler known for vibrant pieces — in 2013. The move provides the British company with more influence over the positioning of colored gemstones in the market and helps ensure that Gemfields reaches both trade and end customers.