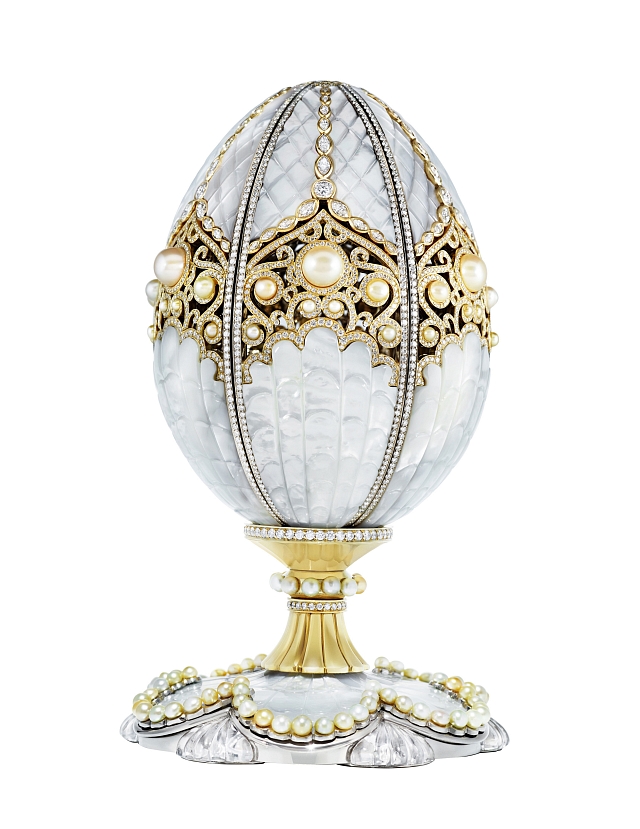 With magnificent creations such as the oyster-inspired Fabergé Pearl Egg — which opens to reveal a unique grey pearl of 12.7 carats — it’s no wonder business is booming for the luxury jeweler. Photo courtesy Fabergé.

Fabergé is known for embracing creativity, craftsmanship, and heritage. And that formula is clearly working. The lust-worthy label saw the value of sales orders during the first quarter of 2015 increase by an impressive 64 percent when compared to the same period last year. During this period, operating costs remained consistent. One of the brand’s biggest boosts came from the stunning seven-figure sale of the Fabergé Pearl Egg, which was unveiled at the Doha Jewellery & Watches Expo in Qatar in February. The first Imperial egg created since 1917, the one-of-kind piece dazzles with 3,305 diamonds and 139 fine, white pearls on a mother-of-pearl exterior.