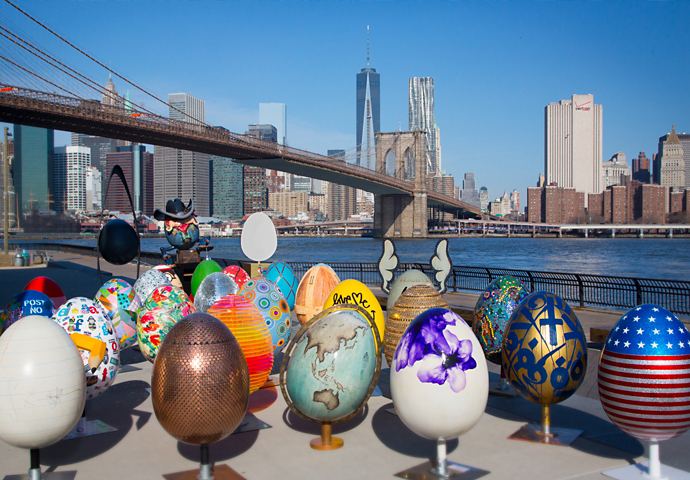 All sculptures from this year’s Faberge Big Egg Hunt are currently on display at Rockefeller Center. Photo courtesy: Faberge.

The Faberge Big Egg Hunt in New York City may have ended, but there is still time to bid on the eggs online at Paddle8. Artist Jeff Koons’ egg, a dolphin balancing a gazing ball on its nose, is currently holding the highest bid at $500,000 and has set an online auction record, according to a statement from Faberge. In his artist’s statement, Koons says the egg “has been opened up in the center, making reference to modernist sculptures, which generally used the egg shape to refer to a family unit.” All eggs will be on display at Rockefeller Center until April 25. Bidding will also close April 25.