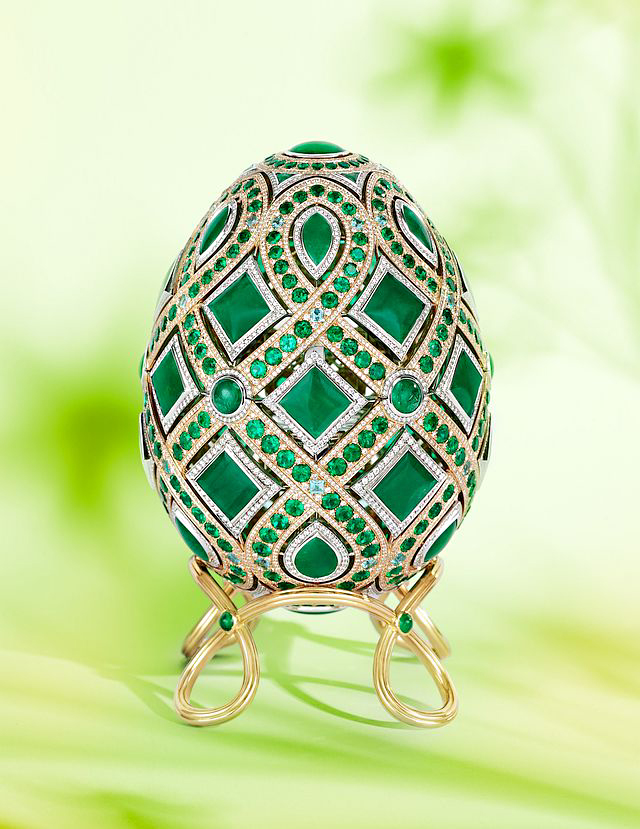 The Four Seasons Spring Egg made its grand entrance at Dorfman Jewelers in Boston in October. Photo courtesy Fabergé.

Glamorous things come to those who wait. Following the Four Seasons Summer Egg’s June debut, Fabergé has now revealed the Four Seasons Spring Egg. The newest, one-of-a-kind addition to the brand’s planned four-piece Four Seasons Eggs sets twinkles with 138.36 carats of emeralds, 36 princess-cut Paraiba tourmalines, and 5,638 round white diamonds. With that much sparkle to spare, the 18-karat rose and white gold objet d’art is being offered for $740,000. Alternately, a buyer can purchase the entire decorative egg collection for $2.96 million. While Fabergé has yet to give a glimpse of the Winter and Autumn editions (to be bedecked in diamonds and rubies, respectively), Summer and its glorious display of yellow, green, pink, purple, and blue sapphires was previously unveiled at Masterpiece London. All four unique pieces will embark on a worldwide tour in 2016.
—November 2015