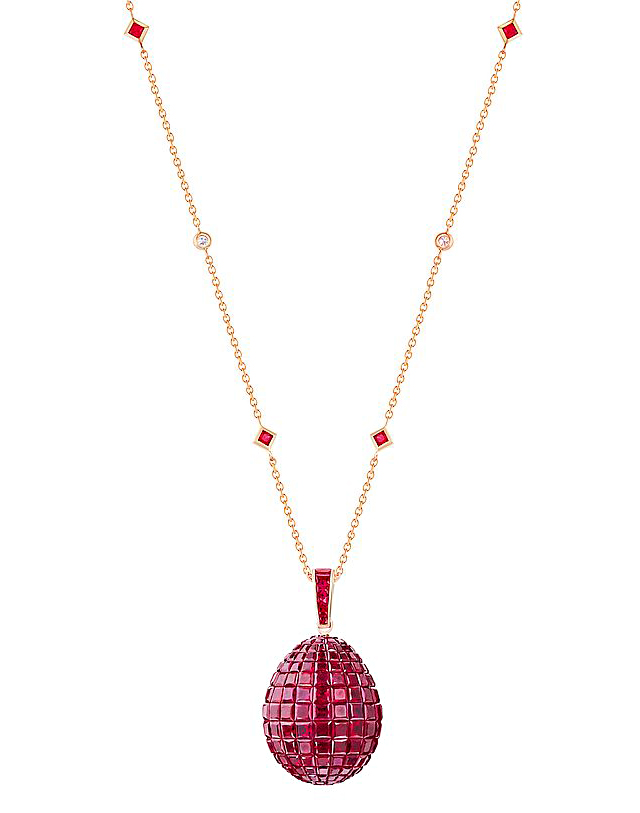 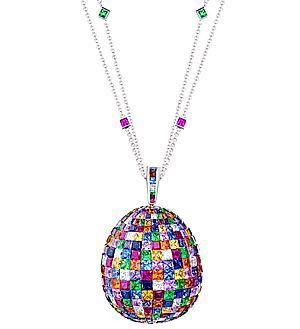 More than 450 princess-cut stones sparkle on the multicolored version.

Reputations can be unwarranted. Fabergé’s is not. Cementing the designer’s contemporary status as the go-to for vibrant baubles are its new Mosaic egg pendants. Invisibly set for maximum impact, the jewels stun with vivid Mozambican rubies or sapphires — or a mix of both, as well as tzavorites and diamonds, on the multicolor variation. Each delicate, 26mm piece boasts more than 40 carats of exquisite gems. Of course, the pendant’s whimsical shape is an homage to Fabergé’s earlier renown as the creator of awe-inducing Imperial Easter eggs for Russian royalty in the late 19th century and early 20th century. 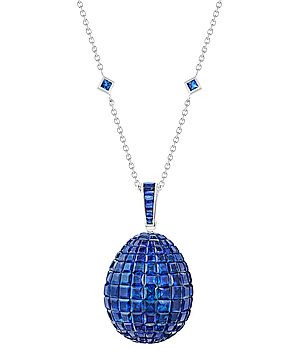 The flawless pieces utilize a gem-setting technique that the House of Fabergé pioneered in the early 20th century.