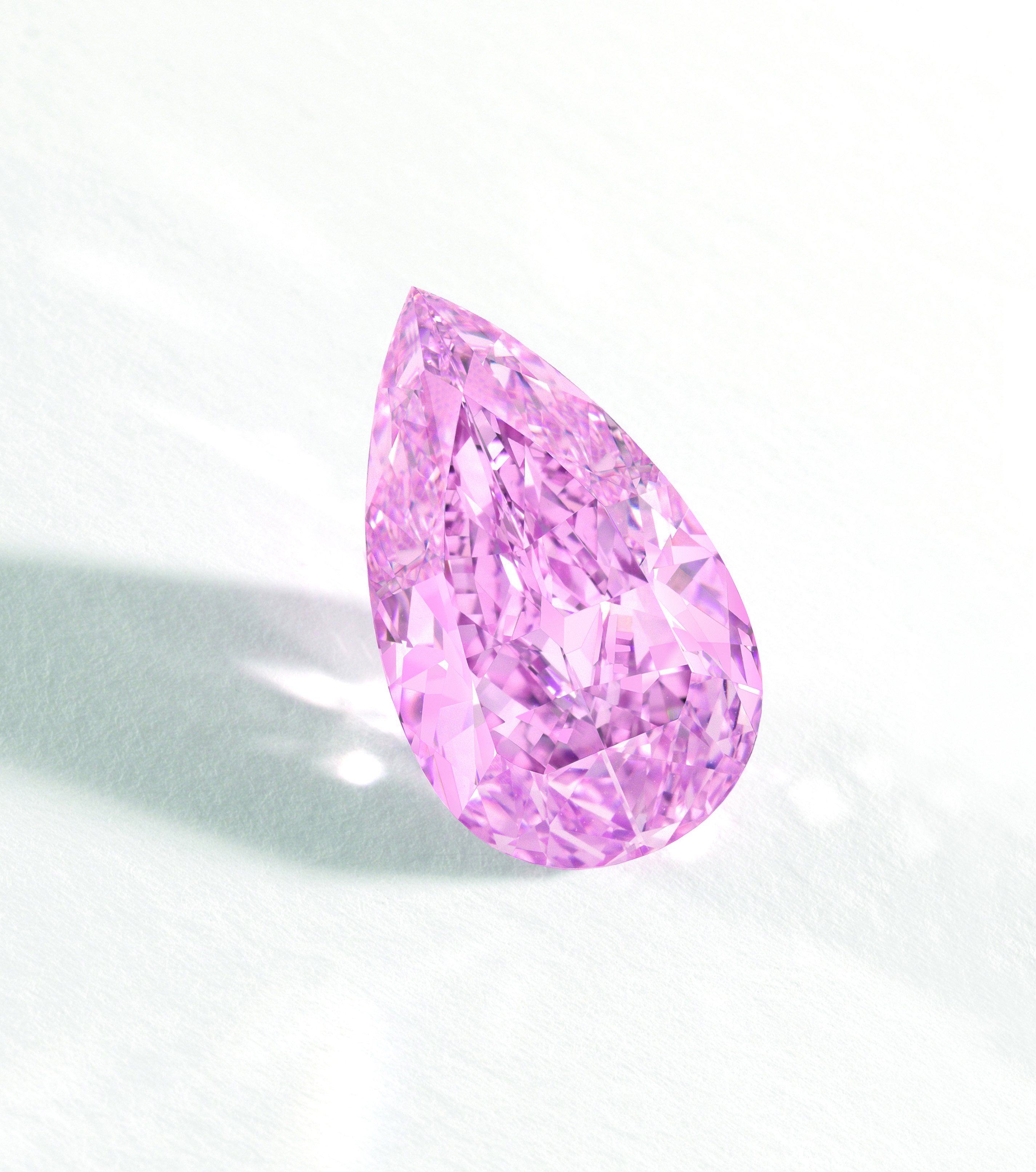 An Internally Flawless Fancy Vivid Purple Pink diamond cut from a 19.4 carat rough by DeBeers is the star of Sotheby’s Hong Kong auction in October.  Sotheby’s Magnificent Jewels and Jadeite Autumn sale features some of the world’s most stunning jewels and the rarity of this phenomenal stone has the gem world buzzing. Pink diamonds are the crème de la crème of diamonds and to find one with the absolute clarity of this stone is practically unheard of. The diamond is estimated at $12.8 to $15.4 million. Predictions are that it will sell for considerably higher than the estimate. Currently, a Fancy Intense pink diamond purchased by Lawrence Graff for more than $46 million holds the record for the highest price ever paid for a gemstone at auction. It was sold at Sotheby’s Geneva in 2010.