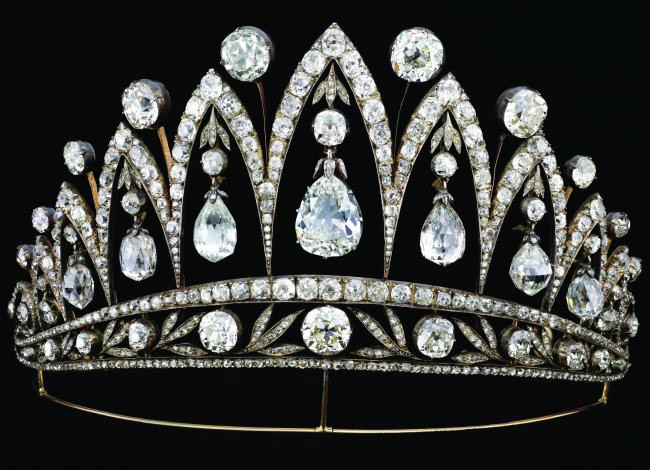 The Leuchtenberg Tiara was create by Fabergé workmaster August Holmstrom c. 1895. Image courtesy of the Houston Museum of Natural Science.

Fabergé’s revenue jumped 134 percent “year on year in the quarter, continuing the momentum from the previous quarter,” according to Gemfields, which acquired the brand in 2012. Some of this is the result of sales at the Basel show and the Doha Jewellery & Watches Exhibition in Qatar. Founded by Gustav Fabergé in 1842, the House of Fabergé came to an end in 1916 during the Russian Revolution when the Bolsheviks closed down all production and the family had to flee the country. Fabergé Inc. changed hands twice before Gemfields’ acquisition. Gemfields, the world’s largest producer of colored gemstones, primarily mines emeralds, although it has shares in ruby and sapphire deposits as well.