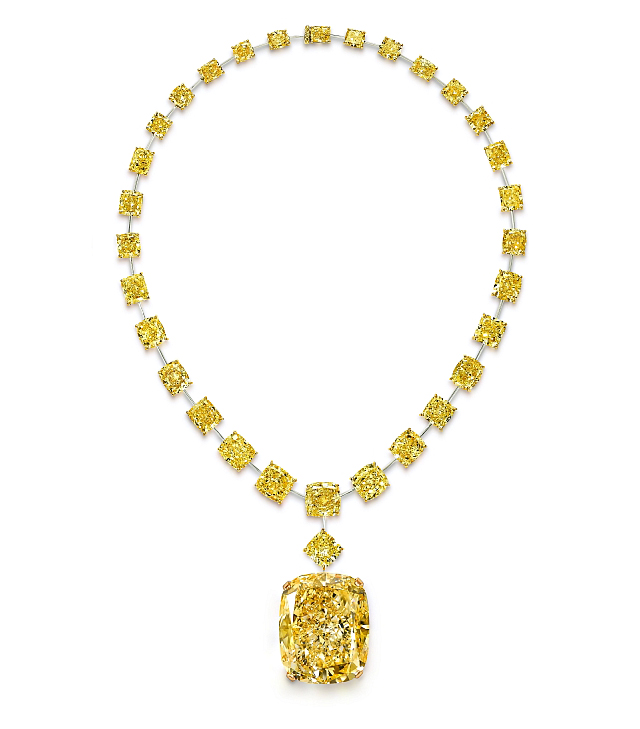 Only one in 10,000 diamonds — like, Graff’s Golden Empress pendant — has a fancy color rating. Photo courtesy Graff.

For Graff’s annual Rare Jewels Exhibition in Monaco, the designer is wowing with one of its rarest feats of all. The Golden Empress, a 132.55–carat Fancy Intense yellow diamond, currently owns the spotlight at the brand’s Hotel de Paris-set fine jewelry and watch display. First unveiled in June, the cushion-cut wonder was excised and polished by Graff from a 299-carat rough. Now the stone is magnificently set on a necklace with 31 other yellow diamonds. The astounding piece will continue to rivet with its clarity and color in Monaco — where the label opened its first store outside of the U.K. in 2000 — until August 23.