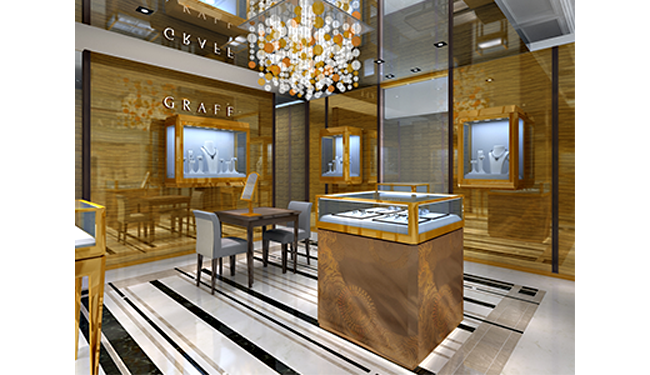 Graff operates over 40 locations around the world, including in North America, Africa, Asia, and the Middle East. The Harrods opening will mark the house’s third store in London. Photo courtesy of Graff.

Graff has announced a planned spring 2014 opening in London’s upscale department store Harrods. Host to such high jewelry houses as Boucheron, Dior, and Hermès, the Harrods Fine Jewellery Room opened late last year by expanding its former jewelry offering. Graff will be the sixth and final brand to join the all-star cast, and will maintain the upscale spirit of the space with striped marble floors, a gold exterior, and a Bohemia crystal chandelier. The London-based jeweler also celebrated the opening of its new flagship store in November 2013 in San Francisco.