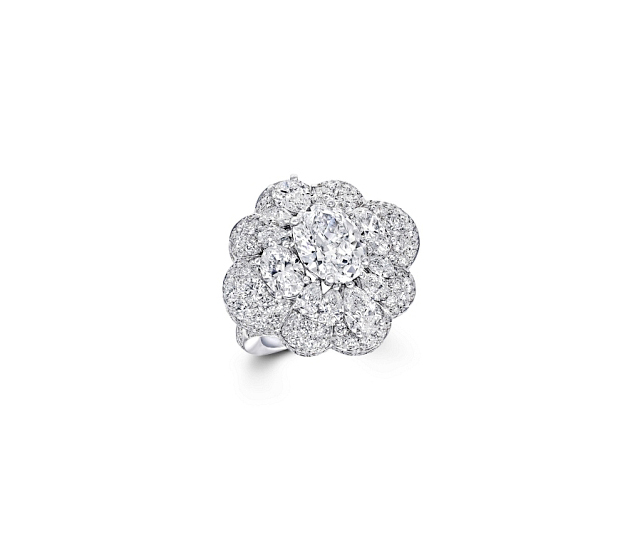 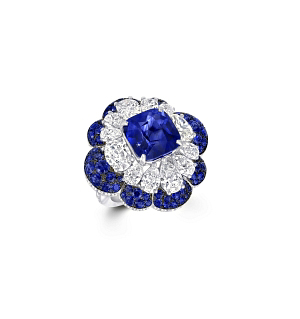 Sapphires dance in the light alongside oval-, round-, and pear-shaped diamonds in a second variation of the mesmerizing ring.

One doesn’t have to be a lover of dance to fall for Graff’s new ballerina rings. Designed to resemble a ballerina’s full skirt as she spins and leaps across the stage, the accessories feature a stunning swirl of gems floating above a twisted diamond pavé shank. While an all-diamond variation sparkles with more than 170 of the finest white diamonds, its counterpart magnificently centers upon a 7.75-carat cushion-cut sapphire. The two effortlessly graceful pieces join a long line of impressive baubles. An industry leader for more than five decades, Graff is believed to have handled more diamonds of notable rarity and beauty than any other jeweler.