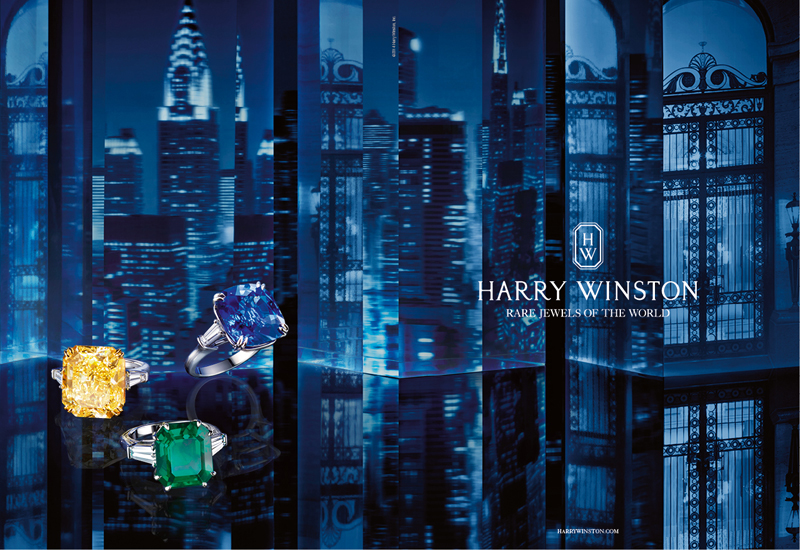 October marks the debut for a new global advertising campaign launched by Harry Winston that showcases some of New York City’s best known landmarks. Bathed in dusty pink for the bridal collection and shades of midnight blue for the high jewelry and designed collections, both themes pay homage to New York City. Rings from the Classic Winston and Bridal collections are meant to mimic the facets of a diamond flickering against the New York skyline. The campaign is scheduled to appear in both digital and print media. Founded in 1932, Harry Winston’s headquarters are in New York.