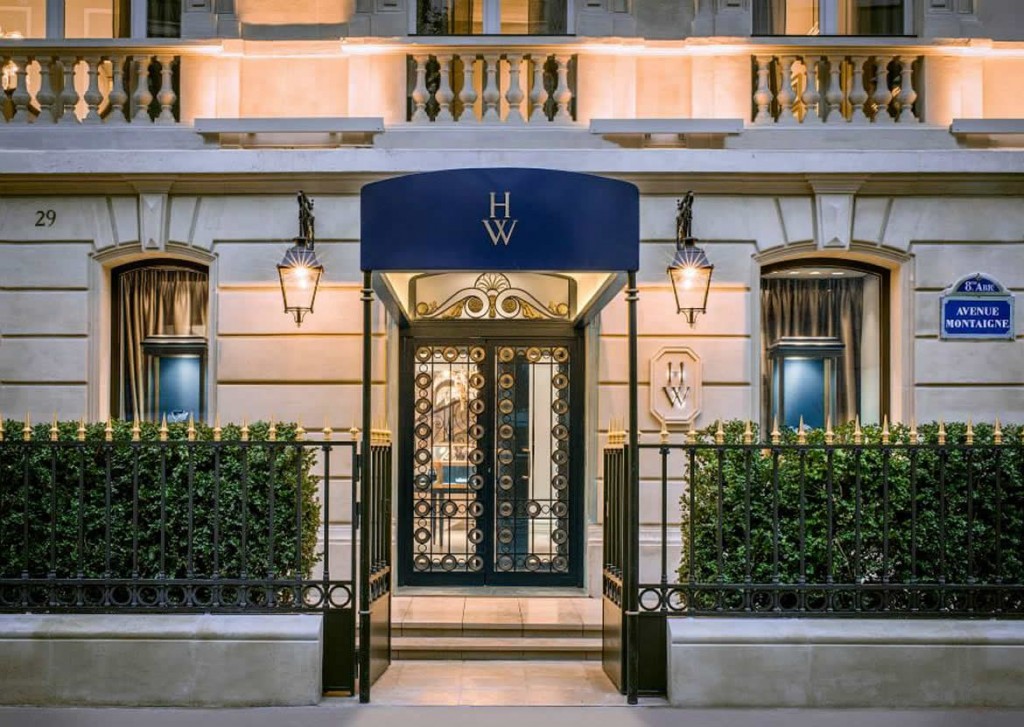 In the early 1960s Harry Winston relocated his jewelry business to 29 Avenue Montaigne in Paris. This elegant grand salon was envisioned as the European counterpoint to Harry Winston’s flagship on Fifth Avenue in New York. With opulent gold trimmings, a curving wrought iron staircase, marble floors and chandeliers, the Paris salon is emblematic of luxury. Now, after a yearlong renovation, the salon is re-opening with its original interior architecture preserved. Founded in 1932, the House of Harry Winston has acquired some of the world’s illustrious diamonds including the Hope, the Jonker and Harry Winston legacy diamonds.