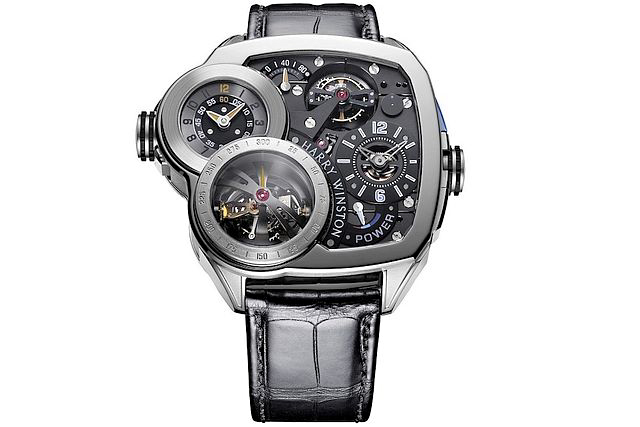 A much anticipated annual release in the luxury watch world is always Harry Winston’s limited edition Histoire de Tourbillon. This year’s model is a departure from last year’s more traditional round case, and instead features an angular white gold case that is more typical of earlier designs. This year’s watch, however, does use the tri-axial tourbillon, which was first introduced in the Histoire de Tourbillon 4 and was also used in No. 5. The No. 6 model includes the most complex caliber yet in the series. Two independent hour indications, one regulated by the tri-axial tourbillon and the other by a karussel, are combined. Twenty limited edition pieces are available.