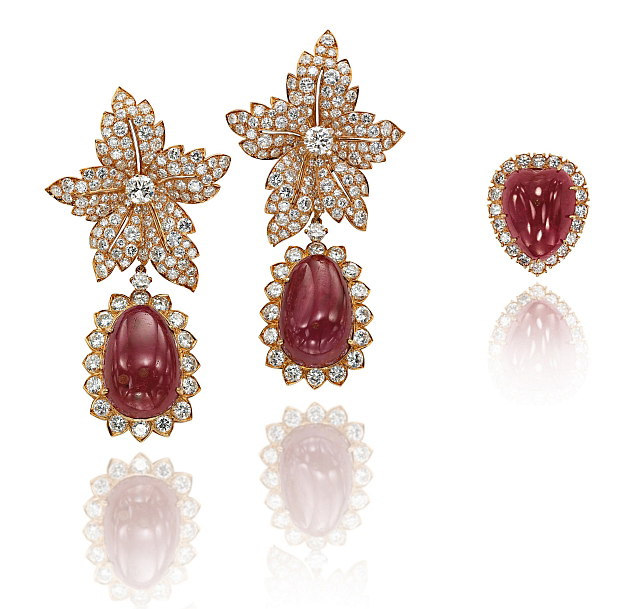 Historically significant gems are taking center stage in Geneva. With its May 13th Magnificent Jewels auction, Christie’s is offering a selection of baubles previously owned by nobility from around the world  — including an American queen. Lot 267 contains an elegant Van Cleef & Arpels set that used to be nestled in Jacqueline Kennedy Onassis’s jewelry box. A wedding present from Greek shipping magnate Aristotle Onassis to his new bride in 1968, the pair of ear pendants and ring glisten with cabochon rubies as well as pavé- and brilliant-cut diamonds, and are expected to fetch upwards of $373,000. In total, the more than 300-lot Magnificent Jewels sale is predicted to draw in in excess of $80 million.