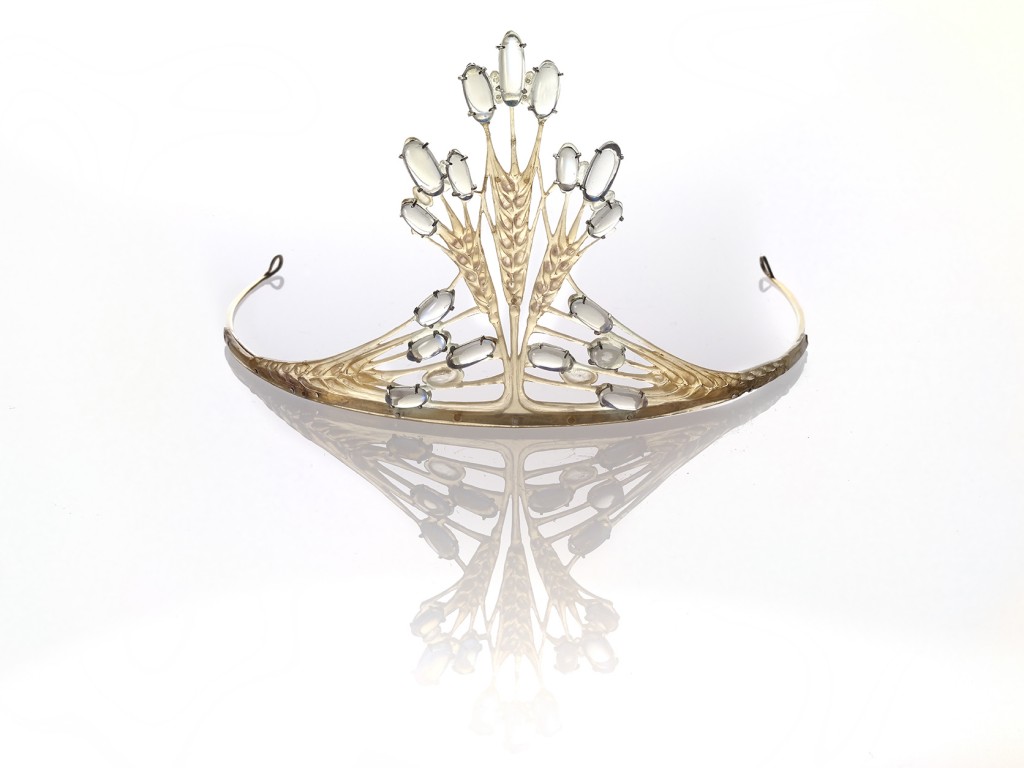 “Maker & Muse” — running through January 2016 in Chicago — includes this Frederick James Partridge-designed tiara from circa 1900. Photograph by John A. Faier, 2014, © The Richard H. Driehaus Museum.

Chicago’s Richard H. Driehaus Museum is taking a luxurious look back at bauble design. Opening February 14, “Maker & Muse: Women and Early Twentieth Century Art Jewelry” showcases more than 250 pieces crafted between the Victorian Era and World War I. It was during this period that female figures first emerged as prominent jewelry makers while still remaining a powerful design inspiration. Their mesmerizing influence makes itself known in the cloak clasps, hair ornaments, pins, brooches, rings, bracelets, pendants, necklaces, and tiaras on display, which are drawn from both the Driehaus’s extensive holdings and national public and private collections. Some of the work has never been seen by the public before.