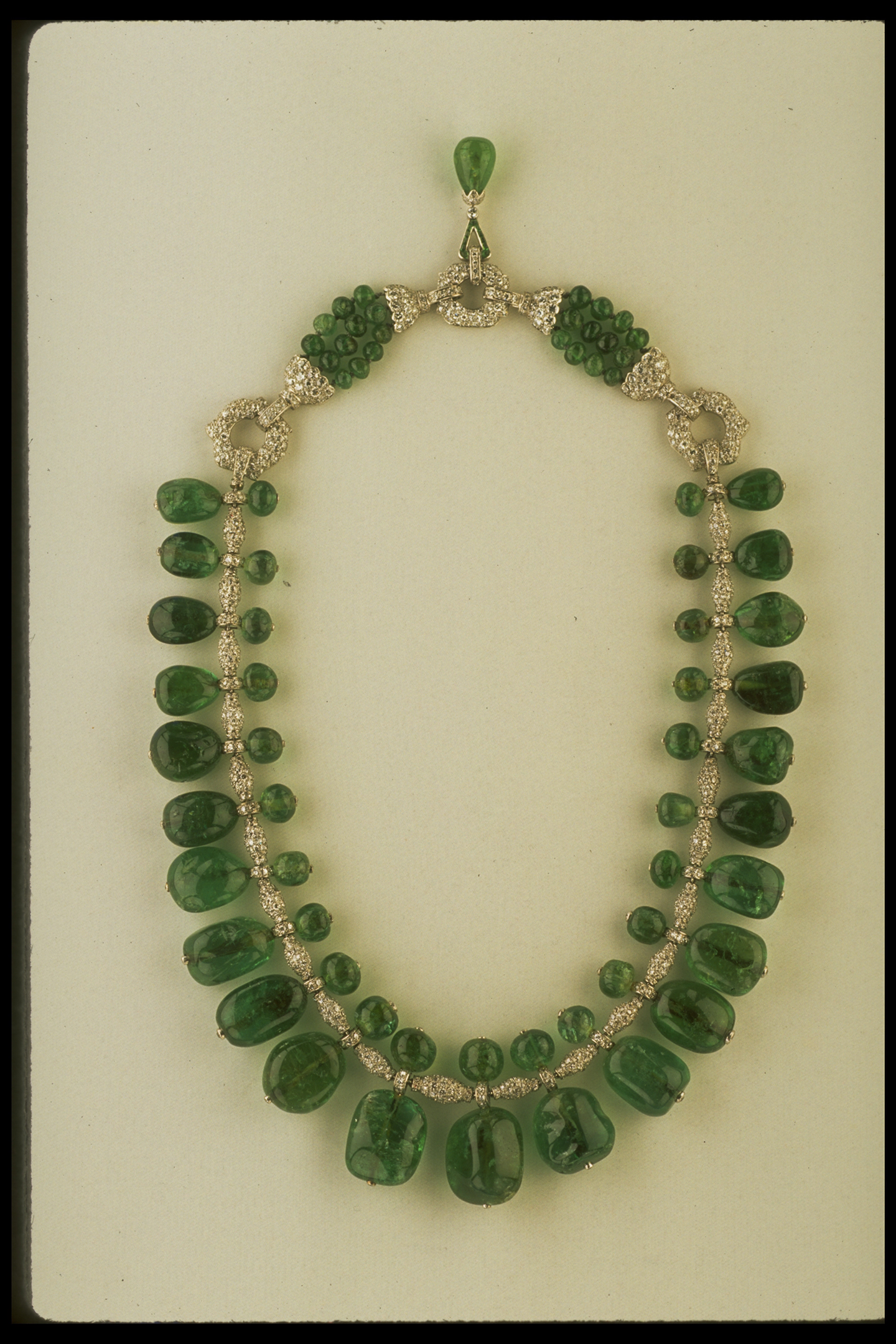 This emerald, diamond, and platinum necklace was designed around 1928 or 1929. Photo courtesy of the National Museum of Natural History, G5023.

An exhibit of the American socialite and founder of General Mills, Inc., Marjorie Merriweather Post’s Cartier collection is on display at Hillwood Estate, Museum & Gardens in Washington D.C. through December 31, 2014. From 1920 through 1960, Post collaborated with Pierre Cartier in designing jewelry and accessories that evolved into stunning works of art as well as practical accoutrements that reflected Post’s personal taste and style. Among the exhibit offerings are a brooch made from seven carved Indian emeralds that is considered one of Cartier’s most exquisite designs; an emerald, diamond, and platinum necklace; a diamond and sapphire necklace; and many paintings, photos and sketches, which give a rich picture of this historic collaboration. Cartier led the way in luxury jewelry design during the middle third of the last century. As well as Post, Cartier jewels were seen widely on the cinematic screen, worn by some of Hollywood’s top actresses.