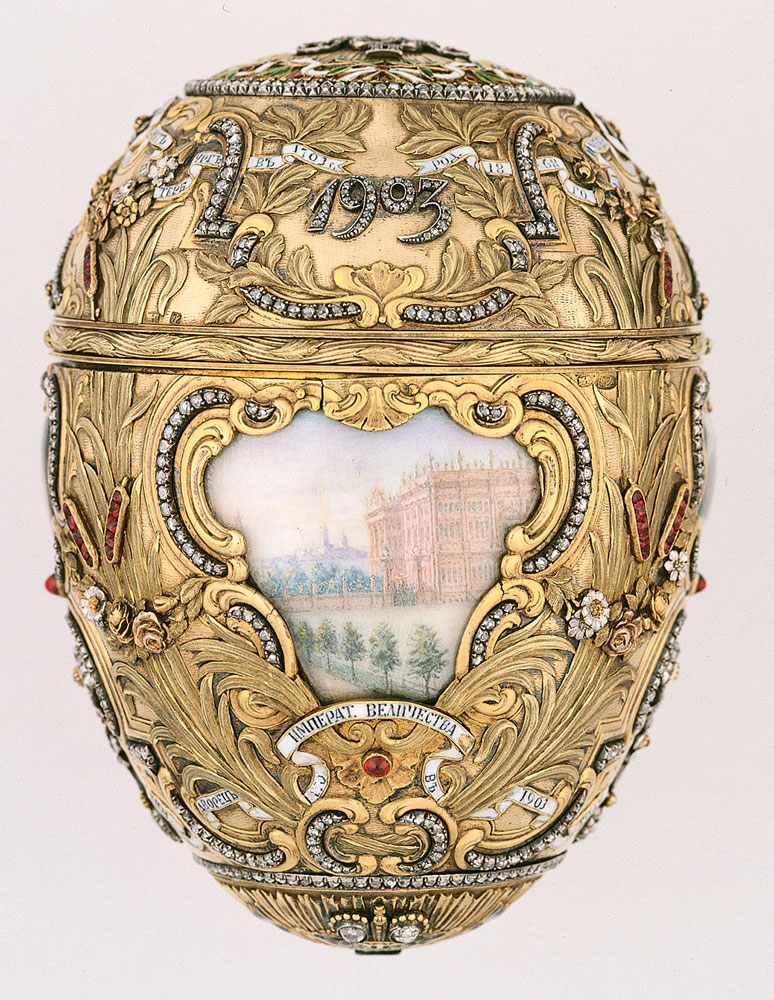 If one were to visualize Russia under the Tsars, Fabergé would be part of that picture. A new exhibition at the Montreal Museum of Fine Arts is displaying 240 of Fabergé’s rare treasures designed and created for Czar Nicholas II’s imperial court. Carl Fabergé is best known for his intricate enameled eggs, each holding a secret prize inside, that were created primarily for the Tsar of Russia. In addition to four of the eggs, other Fabergé cloisonné enameled objets d’art will be on display including Russian goblets, walking canes, photo frames and cigarette boxes. A total of 50 imperial eggs were made between 1885 and 1917, each of which took a year or more to create. Seven have been lost, but one of these was discovered this year, having been purchased for scrap metal by a man in the Midwest. The Fabergé exhibition is a collaboration with the Virginia Museum of Fine Arts, and continues until October 5th, 2014.