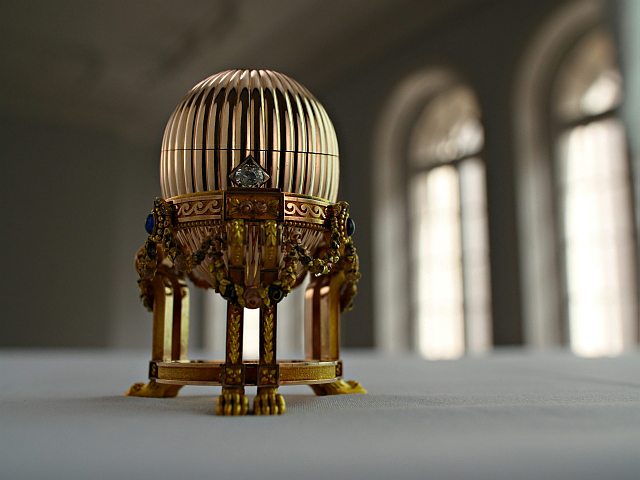 Fabergé: A Life of Its Own shines a light on the label’s magnificent designs, both new and old. Here, the once-missing Third Imperial Egg. Seven of the fifty Imperial Eggs created by Fabergé for the Romanov Tsars Alexander III and Nicholas II remain lost. Photos courtesy Arts Alliance. 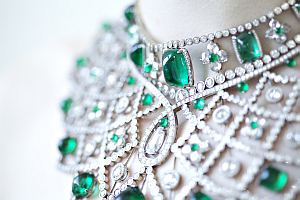 Modern day marvels highlighted in the film include 2013’s Romanov necklace. The sought-after diamond and emerald accessory is set with an astounding 2,225 gemstones.

It’s a tale of luxury, intrigue and mystery — and now the compelling history of Fabergé is coming to movie theaters. Throughout July and August, distributor Arts Alliance will present the award-winning documentary Fabergé: A Life of Its Own on screens around the world. Directed by Patrick Mark, the film traces the iconic brand’s past while offering unparalleled access to private collections, living descendants of the Fabergé family, and international Fabergé experts. Among the treasures getting their close-ups? The Third Imperial Egg. A gift from Tsar Alexander III to Empress Maria Feodorovna in 1887, the yellow-gold creation which sits atop a saphhire- and rose diamond-bedecked pedestal was long believed to be lost until its recent rediscovery by an American scrap metal worker. The man had, unknowingly, purchased the trinket for $14,000 with the hopes of melting it down for a profit, but, upon learning of the egg’s rich heritage, went on to sell the intact piece for an estimated $30 million in 2014. This astounding story and more have helped Fabergé: A Life of Its Own claim prizes for Outstanding Achievement in Filmmaking at the Newport Beach Film Festival and Best Documentary at the Palm Beach International Film Festival, as well as the Jury Award: Documentary at the Beverly Hills Film Festival. For cinema listings, visit www.fabergefilm.com. 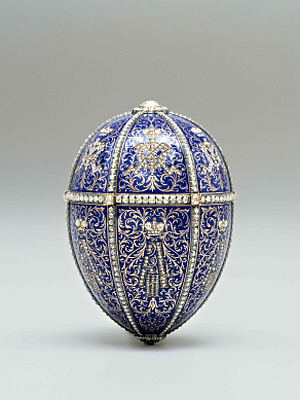